EL Pais has followed in the footsteps of the world’s most prestigious media outlets by introducing a digital subscription service.

The top-selling daily newspaper, founded in 1976, will introduce the measure soon in a bid to ensure the future sustainability of high-quality, professional journalism.

This isn’t a new concept and was even dubbed ‘the future of journalism’ by experts in the sector back in 2016.

This type of subscription system led to the rise of one of the world’s finest newspapers: The New York Times.

Under the new system, readers will be able to subscribe to the digital edition for €10 a month, with a promotional price of €1 for the first month.

The system will allow readers 10 free articles a month, after which they will be asked to subscribe to keep reading.

An El Pais spokesperson said: “This change marks the beginning of an exciting new journey that is necessary to preserve quality journalism and keep serving society.”

With the rise of ad-blockers and platform dependency, the need for publishers to invest in the relationship with their readers is more important than ever.

By adopting a subscription model, El Pais joins other prestigious media outlets, including The New York Times, The Washington Post and The Guardian, which have all sought to empower journalists and restore the trust of readers. 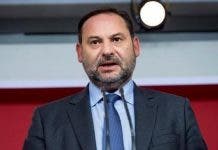 Laurence Dollimore (Digital Editor) - 25 Nov, 2020 @ 12:42
MALAGA has been placed on an orange alert for heavy rainfall. The warning from weather agency AEMET will...

Fraudster tries to flog multimillion Spanish palace he doesn’t own for €900,000