The unnamed 69-year-old rented a former rabbit farm, where he kept hundreds of puppies in tiny cages.

Officers found a metal drum at the property, which was full of ashes, animal bones and a pup that had recently been cremated.

The site of the alleged animal torture is a former rabbit farm used by the expat ‘breeder’ in Maella, Zaragoza.

Police said in one cabin he kept dogs of different breeds and sexes in rabbit cages in ‘deplorable hygienic sanitary conditions’. 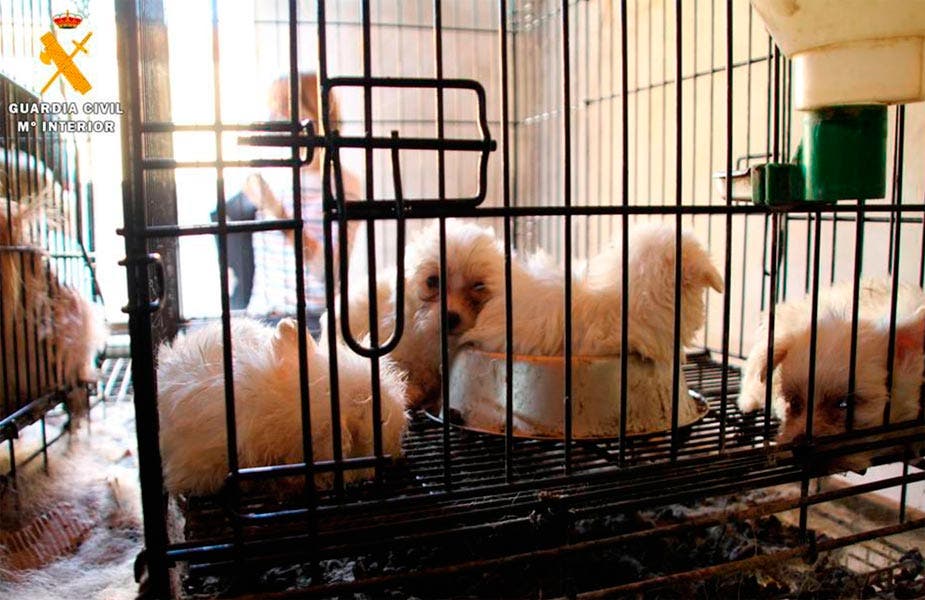 A Guardia Civil spokesperson said that inside the perimeter fence the ‘lack of hygiene was evident’ with many ‘loose dogs’.

They added: “There were large quantities of faeces and urine in the cages themselves and on the floor.

“This is in addition to a lack of food and water, as well as evident neglect of veterinary care and a poor clinical situation.”

Officers attending the vile scene reported the ‘most intense stench’ in an adjoining cabin.

They said that there were ‘numerous female dogs with their puppies’, with the ‘sanitary and hygienic conditions being just as deplorable as in the previous one’.

A spokesperson said: “During the inspection, veterinary drugs were also found, for the use of which an optional prescription is required.

“Some of them were expired, and the person responsible for the animals cannot provide them.”

A total of 294 adults, 250 puppies and 138 sets of documentation were seized by agents from SEPRONA, the Guardia Civil’s environmental arm.

Of the adult dogs, 161 were not microchipped, while the man did not have the correct documentation required to breed dogs.

An initial investigation was conducted in March, ‘regarding the possible existence of a farm whose facilities would be used to breed dogs’.

The Guardia Civil then carried out an inspection on May 28 with technical inspectors from the Official Veterinary Service of the Comarcal Agro-Food Office (OCA) of Caspe.

The Guardia Civil has taken over care of the animals.

The Investigating Court no. 1 of Caspe has taken over the legal proceedings.