PLANS to end flooding on Torrevieja’s roads have been jointly unveiled by the city’s town hall and water company Agamed.

An €82 million water and sewage investment plan will run through till 2048, with a ‘short-term’ spend of €43 million projected to stop floods that regularly hit city streets after a storm.

No definition of what ‘short-term’ actually means was mentioned in a council statement which keenly emphasised that there would be no rise in water bills to pay for the work.

It stated: “The package of measures will see all necessary work done to stop historical flood problems and the increasing incidents caused by climate change.”

The level of urgency for improving flood infrastructures has accelerated over the last year with September’s record-breaking storms and Storm Gloria in January.

The last flooding happened earlier this month, with a number of Torrevieja roads once again blocked off or difficult to drive on. 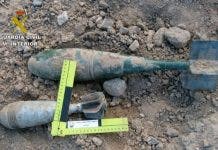