THE incredible survival story of a Spanish Armada captain is to be re-told in a new film, it has been announced.

Captain Francisco de Cuellar was one of the few Spanish sailors to survive when three ships of the Spanish Armada sank off the coast of Sligo in Ireland.

His dramatic escape to Londonderry (Derry), on to Scotland and eventually back home to Spain has been told in Armada 1588: Shipwreck and Survival.

Spanish Armada Ireland chairman, Eddie O’Gorman said the new film was based on the words of its hero, de Cuellar.

Up to 1,000 Spaniards were slain by British-backed forces on the Irish coast, but de Cuellar managed to miraculously escape.

During the following seven months, he was robbed, assaulted and humiliated before coming under the protection of Gaelic chieftains, O’Rourke and MacClancy.

O’Gorman told the Irish News: “De Cuellar was essentially forced to roam the countryside naked, having been robbed of his clothes, before being found by O’Rourke of Breffni and MacClancy of Rosscloghar.”

The Spanish captain eventually made his way to Londonderry (Derry), where the bishop, Redmond Gallagher secured passage for him and his 12 countrymen for Scotland.

From there he managed to escape to Spain, while writing an account of his adventures, despite suffering another shipwreck.

“The letter was essentially the first draft of his defence back to the King of Spain in his court martial and the film is based on that,” O’Gorman said. 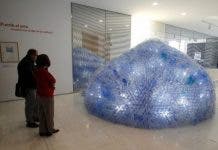 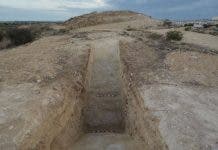