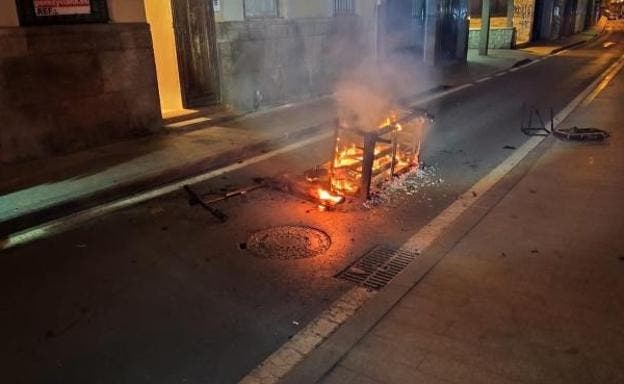 THREE people, including a police officer, were treated for smoke inhalation after an electric scooter battery exploded inside a Costa Blanca property.

The incident happened shortly after 4.00am this Tuesday morning(July 14) on Calle Virgen del Socorro in Alicante City, with the residents throwing out a sofa that caught fire in the resulting blaze.

Alicante firefighters said that it was the latest in a series of calls they have had over such batteries in recent months.

They appealed for the batteries not to be charged up overnight in an unattended area.

Today’s drama unfolded when a large bang woke up the two residents who discovered that the scooter battery had caught fire.

The blaze spread to a sofa and the couple threw it out of the window into the street.

Fire crews and police arrived at the scene, and paramedics treated the residents for smoke inhalation and for stepping on broken glass on their apartment floor.

One of them was taken to hospital, while a police officer was also treated at the scene for inhaling fumes.

Experts say that batteries should not be overcharged as some devices do not have an automatic power-off switch.

Owners should also carry out any recharging in an open area that is well away from any items that can easily catch fire if the battery explodes.