A RECENT study has revealed that Spain’s population is expected to halve in 80 years while those in African countries such as Nigeria and Kenya will explode.

The Lancet, a leading medical journal in the US announced the shocking findings after researching birth and death rates across the globe.

According to the study, by 2064 the world’s population will peak at 9.7 billion, but will steadily decline thereafter to 8.8 billion by 2100.

The dramatic reduction is down to a number of key factors in the modern world, including birth control and education.

The decline in population will be predominantly down to a decrease in birth rate in developed countries such as Spain.

Modern contraceptive methods and an increase in the education of women, teamed with greater ambition shown by women in the workplace will all be catalysts to a reduction in pregnancies.

“This important research charts a future we need to be planning for urgently,” explains Dr Richard Horton, editor in chief of The Lancet.

Spain is among 23 countries that are expected to experience up to a 50% decline in population, which will necessitate a more liberal approach to immigration from lesser developed countries such as Africa and the Arab region.

In recent years, these countries appear to be countering the falling birth rates in the western world by increasing in population thanks to falling death rates and the rising number of women at child-bearing age.

Niger for example, is expected to see its population increase by 764% by 2100.

Professor Ibrahim Abubakar, from University College London told Sky News: “If the Lancet’s predictions are even half accurate, then migration will become a necessity for all nations and not an option”.

The Lancet’s predictions will also affect the global working age.

Over-80s will soon outnumber under-fives thanks to increases in medical treatments and this will affect the average age of the workforce.

According to Lancet’s predictions, this will slow the economies of countries like Spain, the US and China down which will open the door to countries like Nigeria and Saudi Arabia to thrive.

“The study offers a vision for radical shifts in geopolitical power, challenges myths about immigration, and underlines the importance of protecting and strengthening the sexual and reproductive rights of women. The 21st century will see a revolution in the story of our human civilisation,” concludes Dr Horton. 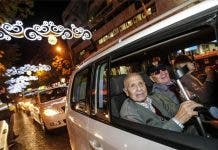 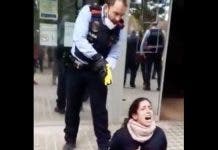 James Warren - 3 Dec, 2020 @ 12:45
TAXI drivers in Cordoba have reached an agreement with the local council to give the elderly and vulnerable a special guided tour...