INLAND Malaga is enjoying a growth in holiday stays this year despite the ongoing coronavirus crisis.

In fact COVID-19 may be helping rural gems as people look to get away from crowded beaches and city centres for their much-needed summer holidays.

In Coin, tourism bosses estimate that the rural accommodation occupancy rate will be over 90% over summer.

The town’s 135 lodgings have reservations throughout the season, with tourism councillor Cristobal Ortega labelling the figures ‘very positive’.

Ortega said the rural break has become the ‘most chosen’ option by tourists as it offers a holiday ‘where crowds and contact with other people can be avoided most.’

Ortega added: “Taking into account the current situation, the level of occupation is very positive as it shows people are choosing rural tourism.

“People are attracted to a destination with nature and the possibility of the activities rural environments can bring.”

The department of tourism in Coin will be launching an advertising campaign to attract visitors to its network of nature trails, the Antonio Reyna Manescau Centre and its gastronomic offering.

Ortega added: “Many visitors stay in these rural houses, which on many occasions are far from the urban centre, and we want tourists to know all that is on offer in the municipality, to visit it and to enjoy it and thus help revitalise our economy.”

The good news for Coin is in stark contrast to more traditional tourism meccas such as the Costa del Sol.

Hotel occupancy rates along the coast aren’t expected to surpass 40% in August and they are around 30% for July.

Things are set to get even bleaker after the UK’s shock announcement at the weekend of a mandatory 14-day quarantine for anyone arriving in Britain from Spain.

The decision led travel giant TUI to cancel all its flights to Spain until August 9, with the exception of the Canary and Balearic Islands.

Spain is now negotiating with the UK to have both those regions remain exempt from the imposed quarantine.

The decision to leave out Andalucia from those talks has left tourism bosses furious given how important UK tourists are to the region.

Tourism boss for the Costa del Sol Francisco Salado accused the government of discriminating against Andalucia and is writing a letter to the foreign ministry to demand the southernmost region be a part of the talks.

The quarantine announcement means hundreds of bookings made by Brits over the summer are likely to be cancelled.

It’s another devastating blow to Andalucia and the Costa del Sol, where Brits are the most important foreign market. 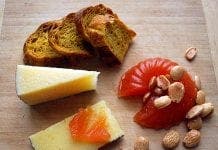 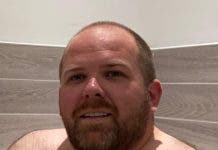