A MAN, 30, has been stabbed to death in Mallorca after breaking into a farm to allegedly steal marijuana.

The victim alongside two others had entered the farm in Inca just after 8pm yesterday.

According to initial reports by the Guardia Civil, the proprietor caught the group on his grounds and proceeded to confront them.

A fight then ensued, with the owner grabbing a machete out of one of the man’s hand.

One of the thieves was then stabbed repeatedly, with another receiving minor injuries from attempting to protect his friend.

The emergency services were subsequently called, with an ambulance and the police arriving a short time later.

Paramedics had attempted to resuscitate the victim for more than one hour, however he died at the scene.

Investigators confirm that the man received six gashes to his chest and abdomen with one entering his heart.

The owner of the farm, 39, was arrested and remains in police custody.

The two accomplices were also cuffed and taken to the Guardia Civil headquarters.

Officers working on the case say all of the alleged burglars had an extensive criminal history for theft.

It is believed that the group had illegally entered the farm to steal marijuana that was grown on the land. 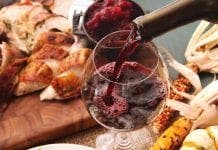 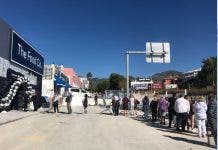