ANDALUCIA is already flattening the curve of the second coronavirus wave, the Junta has claimed.

Vice president of the region Juan Marin told Telecinco this morning that the situation in the southernmost region is ‘very controlled.’

It came the morning after the most populous region registered more than 1,900 cases, a record for the post-lockdown era.

But Marin said those high figures are due to an increase in testing and the fact that they now also include rapid antigen tests as well as PCR results.

More importantly, the surge in caseload has not been mirrored in the hospital figures, which have remained stable for the past week.

Marin insisted Andalucia has the virus under ‘strict control’ and that he would go as far as saying it is already ‘on the downward curve of the second wave.’

The Ciudadanos leader believes Andalucia reached a second peak between September 30 and the first few days of October.

He warned that the number of positive test results will continue to increase as testing is carried out ‘on a massive scale’, which is already happening in several municipalities.

This is no reason to fear hospitals becoming overcrowded and collapsing, he said.

At the peak of the first wave on March 30, there were more than 3,000 people admitted into Andalucia hospitals. That number is now around 1,000 and has been falling for the past few days.

Of the new cases being detected, around 80% are coming from family meet-ups, he added.

And while Christmas as we know it is more or less cancelled, many are hoping and praying the hugely important Semana Santa celebrations can take place in 2021.

Marin was optimistic, saying he believes that not only can Easter happen, but also the three wise men parades in January (Reyes Magos).

He admitted that there might not be an effective vaccine by Semana Santa, but that medical treatments and precautions being taken now ‘will allow us to return to normality.’

“I have seen people spectating the Tour de France with their masks and we can put in place similar measures here,” he said.

“In the normality that awaits us; we have to live with the virus… there may even be a third wave … the key is to overcome the virulence and lethality of the virus.

“I hope and wish that we will have the Three Wise Men parades and that the brotherhoods will parade through the streets again.” 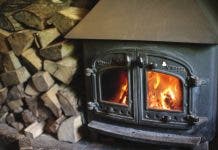 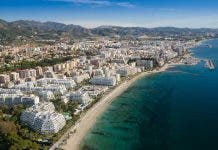