DRAMATIC falls in new coronavirus cases have been reported in Alicante Province and the rest of the Valencian Community, as other parts of Spain continue to struggle.

As areas like the Madrid region, Catalunya and Andalucia are seeing worrying spikes in new COVID-19 cases coupled with new restrictions, the picture is different on the Costa Blanca.

Figures released on Tuesday night(October 13) from the Valencian Health Ministry showed that 97 new cases were reported in Alicante Province in a 24-hour period.

That contrasted with the previous Tuesday report which declared 197 new cases.

The picture is echoed across the Valencian Community which declared a total of 268 new positives compared to 589 fresh cases a week earlier. 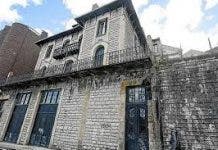