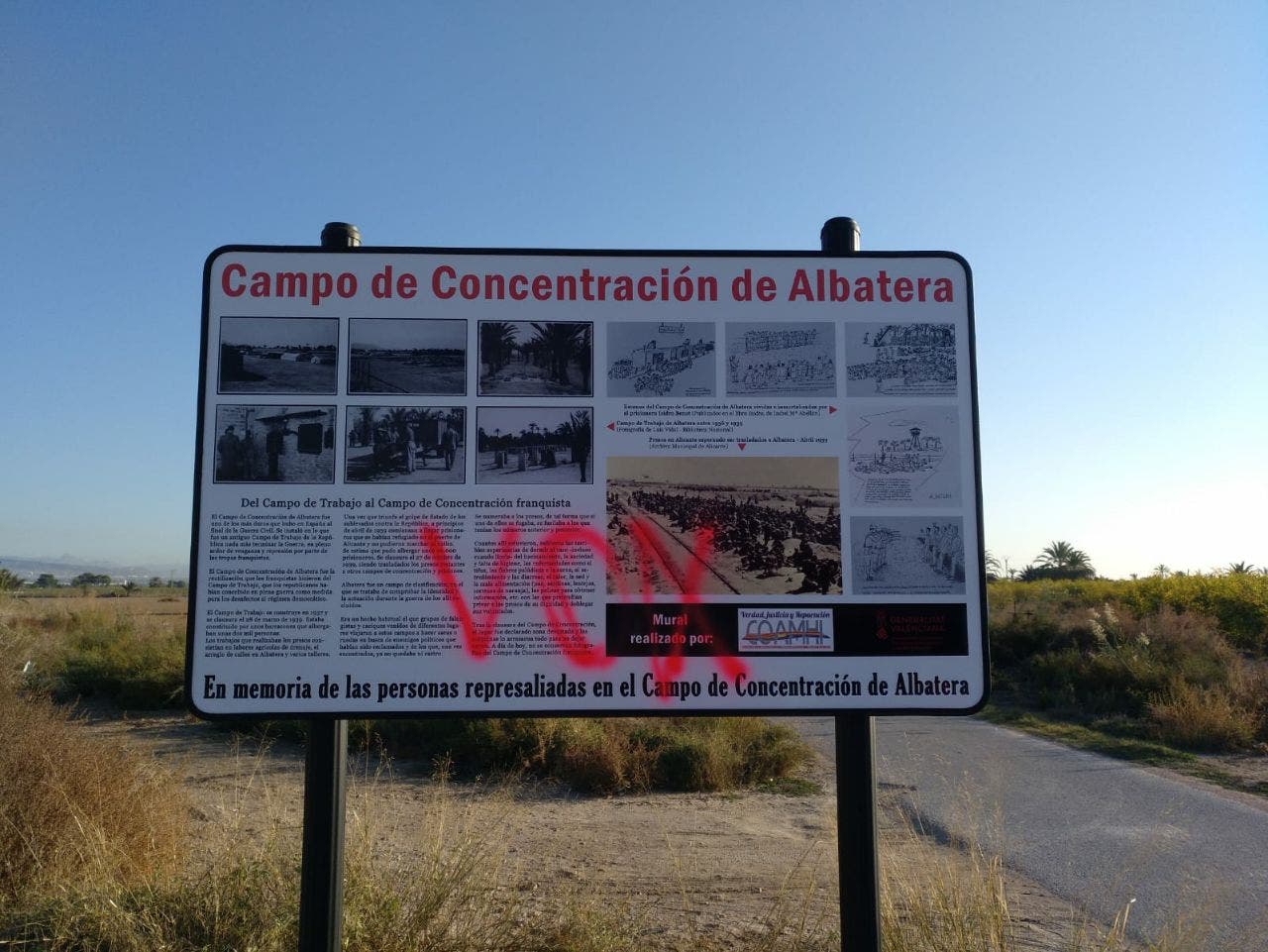 AN INFORMATION board at the site of an infamous concentration camp in Alicante Province has been daubed with the name of Spain’s far-right political party, Vox.

Up to 20,000 people were interned over a six-month period in 1939 at the Albatera camp, shortly after General Francisco Franco was victorious in the Spanish Civil War,

A team of archaeologists had just begun excavation work at the site to find a mass grave when they spotted graffiti sprayed on the board.

It had been unveiled by the Associations for the Historical Memory for Alicante Province at a special ceremony on October 17.

The board outlines the history of the prison site, which was one of the largest internment camps in Spain at the time.

A bouquet of flowers in the Republican flag that were laid below the board were smeared with red paint.

“This act of vandalism stains the memory of all the people that suffered persecution and death at the hands of Francoist authorities in the immediate post-war period.”

Opposition politicians, journalists, and soldiers were amongst those interned at Albatera, with torturing and executions part of the daily routine.

A three-week dig is taking place to find out exactly how many victims were buried at the camp in a common grave.

“No type of intolerance can prevent Valencian people from knowing about their history,” Perez Garijo added.