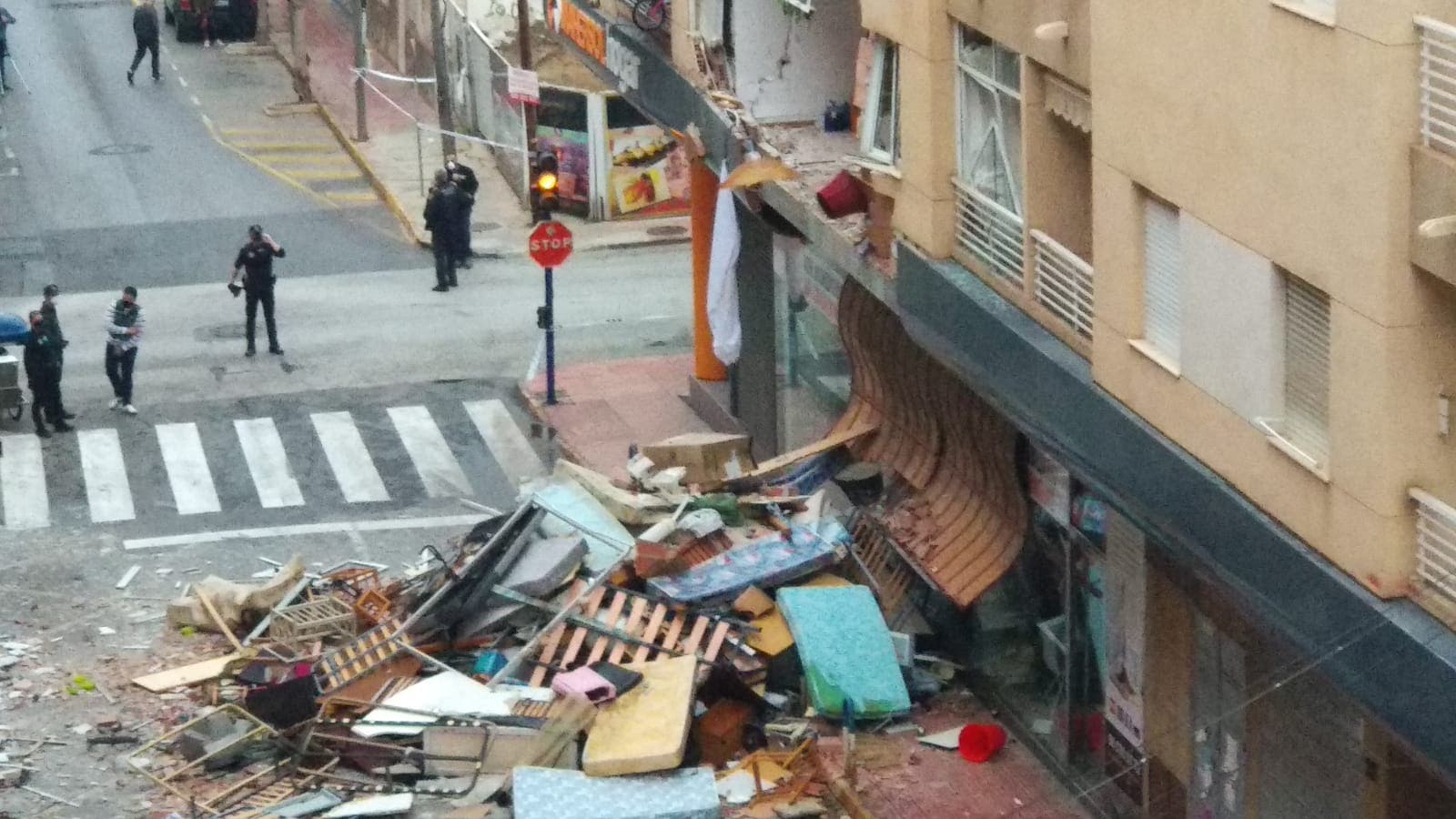 BUTANO gas cannisters inside a Torrevieja flat may have sparked a big explosion this morning(November 19) that destroyed two apartments.

Nobody was injured as the blast ripped out at 6.20am on Calle Diego Ramirez, but two people were treated for shock

12 other apartments were damaged by the explosion which came from a first floor residence.

The flat owner was not around, as Guardia Civil agents and fire crews discovered significant numbers of fuel containers in his home.

Neighbours told the Guardia that they had several arguments and disputes with the man over a number of years.

The intensity of the blast threw furniture and debris out onto the street, where a parked car was damaged.

The Guardia have launched a hunt to track down the missing first floor apartment owner.