THE Gibraltar Government will be able to borrow up to £500 million backed by the UK government, it has been revealed.

The cash will help Gibraltar’s COVID-19 response to the economic problems caused by the loss of tourism and the all-round hit to the economy.

It relies on ‘the UK government’s higher sovereign credit rating as the guarantor’, said the government,

‘I want to specifically thank the Prime Minister, the Chancellor and the Foreign Secretary for their understanding and support in these difficult times.”

The COVID-19 pandemic has already cost the Rock nearly £100 million so far through the BEAT COVID furlough scheme and lower tax revenue.

It has been revealed that the possibility of arranging the loan arose on March 19 when the Chief Minister spoke to the Secretary to the Treasury Jesse Norman.

“At that very early stage, pre-lockdown, he understood how the COVID pandemic was likely to affect our finances and support Gibraltar was going to need,” explained Picardo.

‘The fact that the arrangements have been approved speaks to the exceptional relationship that we have built with the UK over the last nine years at every level of Government.”

Ironically, the closer relationship has been developed after Brexit, even when the Chief Minister was fighting to keep EU ties that have benefited the Rock’s economy.

“In times of difficulty we can openly discuss our concerns, find a way through dialogue to address these and work together to deliver results.

“That is a mature relationship of partnership of which we can be justly proud.

The loan will be provided ‘more easily’ from lenders and ‘at much reduced rates’, Picardo confirmed.

“This will enable the Government to have the additional firepower it will need to address the financial consequences of the COVID crisis,” he continued.

“This is even more likely now that there are hopeful signs that we can see a way out of the pandemic through vaccinations in coming months and the early part of next year.

Gibraltar’s hardworking leader said the UK backing comes thanks to the Rock’s commitment to ‘transparency’ over the years.

“This is excellent news and I am delighted to be able to inform the community of this massive show of support from the United Kingdom at this difficult time,” added Picardo. 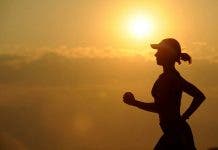