Home Andalucia Why so many earthquakes on Spain’s Costa del Sol and Costa Blanca... 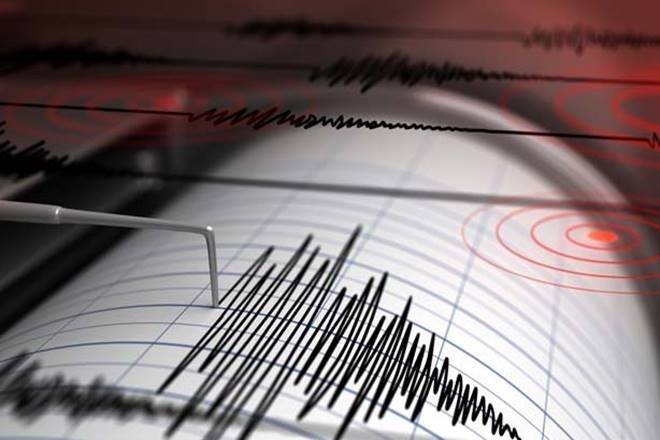 UP to 1,400 earthquake tremors are logged each year on the Iberian peninsula and they tend to make some headlines if they rouse people from their slumber or get tea cups rattling when watching the television.

The recent run of tremors in eastern Spain has seen a clutch of reports from Andalucia, Murcia, and the Costa Blanca, but there really is nothing new about their frequency.

It’s all a question of whether you hear them or not.

569 of them rated below magnitude two on the Richter Scale.

That means that very few people would have felt them and the number of tremors is not above normal levels.

It´s simply the case that a few more of them have not been as deep.

“Alicante Province suffers dozens of earthquakes each year that nobody notices because of their depth. Everything is absolutely normal.”

“It’s just a coincidence that a number of them have been grouped together along with their aftershocks.”

“I believe that reporting current tremors should be done calmly because people naturally get scared if the ground happens to move,” Delgado added.

The reason behind Spain’s eastern coast having a lot of seismic activity is that it lies on the Eurasian Plate just to the north of its boundary with the African Plate.

Geophysicists have worked out that the two Plates are getting closer to each other at a very slow rate of around an inch per year with ‘collisions’ happening off the Algerian coast and further east off Sicily.

Scientists say the Eurasian tectonic plate is actually moving ‘underneath’ its African counterpart, and that movements, though very gradual, can actually produce a big lurch that can could cause a more significant tremor.

Utrecht University’s Rinus Wortel produced a study in 2011 that suggested more substantial quakes could be on the way.

Wortel said: “The way that the Eurasian plate is moving means that the chances of a major earthquake in the Western Mediterranean region may be increasing.”

In 2012, Jose Martinez Diaz from Madrid’s Complutense University co-wrote a report which suggested that seismic dangers in Spain were being underestimated because only 2,000-year-old records were being looked at.

“This line could produce a major quake like in the past”, Martinez Diaz commented.

In recent history, there have been just two Spanish earthquakes with loss of life in the last 136 years.

The last tragedy was in May 2011 in the Murcia town of Lorca with nine people dying, as older buildings, including a church bell tower, crumbled in a quake that registered 5.1 on the Richter Scale.

Lorca’s earthquake caused many problems because it struck at a very low depth of just three kilometres.

Four weeks earlier, a 6.3 Richter scale tremor hit the Granada area, but it was at a depth of 609 kilometres.

The only other fatal quake in the 20th century was at Albalote in Granada in 1956, which killed five people.

Alicante University’s Jose Delgado emphasises that modern building standards are different to the structures that suffered damage in Lorca and Albalote.

“Personal injuries are likely to be avoided because Spanish construction has worked to earthquake-resistant standards for over 50 years.”

389 deaths were recorded in the Torrevieja area on the Costa Blanca in March 1829 with a 6.6 magnitude tremor that destroyed at least 2,000 buildings.

The greatest earthquake tragedy recorded in Spain was in 1755, when an 8.5 magnitude originated in the Atlantic Ocean off Cape St.Vincent.

It created a 15-metre tsunami that hit western Europe and northern Africa, and was called the Lisbon earthquake with an estimated 15,000 losing their lives in the Portuguese city.

The Huelva and Cadiz areas of Spain were also affected and the final death toll could have been as high as 100,000.

That’s history but what of the future and the chances of old destructive earthquakes returning or even something witnessed in Lorca back in 2011?

Jose Delgado says that he cannot make any predictions:

“Tremors in Spain are caused by the African and Eurasian Plates getting closer and I cannot make a prediction about future earthquakes like it was a weather forecast.”

“There will continue to be earthquakes and we don’t know whether it will be today, tomorrow, next month or when.”