A CONSIDERABLE number of the Spanish population will be vaccinated against COVID-19 in the first half of 2021i n a national fight-back against deadly coronavirus.

Prime Minister Pedro Sanchez announced that ‘a very substantial part’ of the country’s 47 million people will receive the vaccine if breakthrough drugs are given the green light as hoped.

Sanchez set out the ambitious timeline in a statement on Friday which gave a glimmer of optimismas parts of the country face the second weekend of curfews.

The Spanish PM said the government had put together “a comprehensive vaccination plan” that would be presented at Tuesday’s cabinet meeting.

The government has set aside over 1 billion euros for coronavirus vaccines next year and created a committee to establish who comes first.

The vaccination would be free, according to Health Minister Salvador Illa.

But there are still gaps in the plan following the news conference,  not least the lack of a formally licensed vaccine.

Drugs are progressing quickly through the stages needed for use, with strong results of effectiveness in trial drugs so far.

Drug companies Pfizer and Moderna announced trials with over 90% effectiveness.

Officials have said Spain hoped to get the first 20 million vaccine doses from Pfizer in early 2021.

There is also a plan to buy 31.6 million doses of the vaccine being developed by Britain’s AstraZeneca between December and June, if the drug is ready. 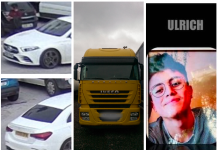 Isha Sesay - 25 Nov, 2020 @ 16:15
Police had launched a manhunt after the woman reported being sexually assaulted in a field in Lloseta on November 21