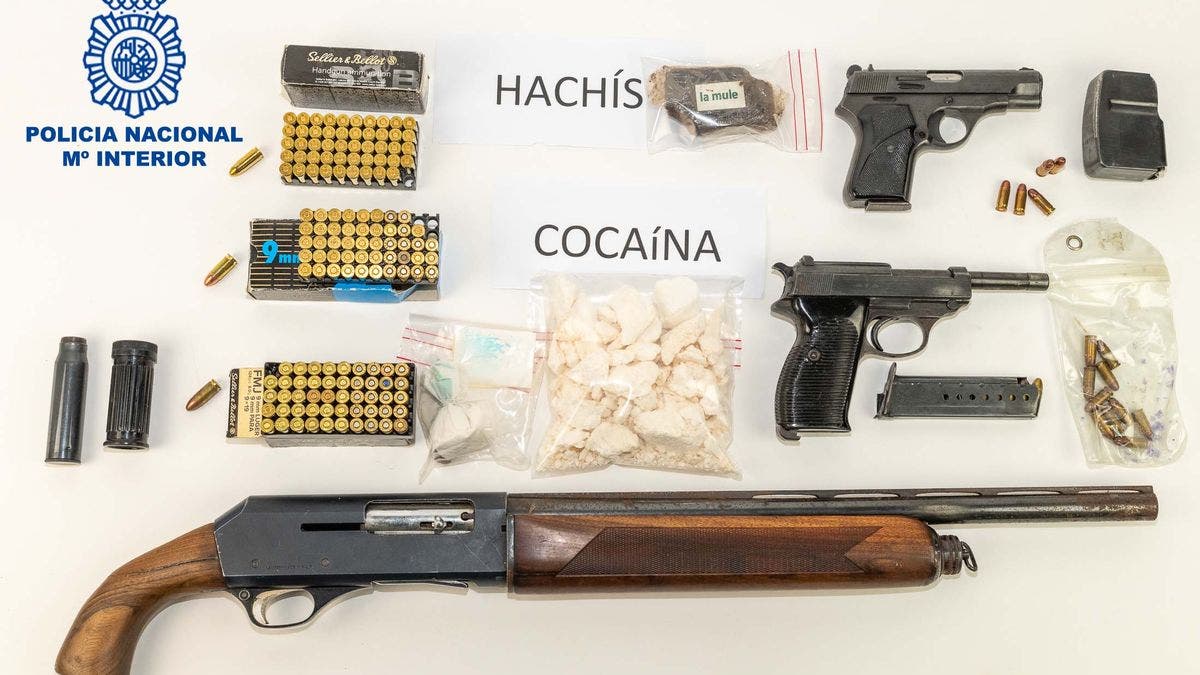 A SWEDISH drugs and arms trafficking gang has been broken up in the Costa Blanca and Murcia regions.

The crew even resorted to kidnapping the brother of a cocaine specialist to force him to ‘cook’ and ‘cut’ supplies of the drug to boost their profit margins.

Five people, four of them Swedish nationals, have been arrested at the end of a 16-month long joint operation between the Policia Nacional and their Swedish counterparts.

The Swedish criminals had resurfaced after their previous leader was arrested in Torrevieja in 2012 after spending seven years on the run.

Interpol had branded him as one of their ‘most-wanted’ fugitives.

The reformed gang based themselves in the Levante area of Alicante Province and sold drugs across Spain and Sweden, as well as expanding their activities to include gun running.

Policia Nacional agents raided five addresses and seized a large quantity of drugs as well as several weapons hidden in a car.