FRANCE has threatened to veto a trade deal between the EU and UK as bitter Brexit talks enter their final days.

European affairs minister Clement Beaune said on Friday that if his country deemed a treaty to be against its interests, it ‘wouldn’t hesitate’ to use its veto power.

It comes as negotiators are still working around the clock to land on a deal that suits every party, with the support of all 27 EU member states needed for it to be approved.

“I still hope we can have a deal but we will not accept one that is bad for France,” Beaune said, “If there was a deal and if it wasn’t good, we would oppose it with our veto right.”

The subject of fishing has proved to be a bone of contention for the French, with President Emmanuel Macron wanting continued access to British waters as part of any Brexit trade deal.

The leader is reportedly concerned about concessions granted to Britain by chief negotiator Michel Barnier and is fearful of political fallout at home if he fails to protect his fleets.

France is, according to EU sources, seeking a more ‘level playing field’ on environmental and social regulations. If this is met then they may be more willing to allow for the concessions on fishing.

Business Secretary Alok Sharma admitted on Friday that the talks were at a ‘difficult’ phase with ‘a number of tricky issues’ still outstanding.

He told BBC Breakfast: “We are committed to reaching an agreement with the EU on this particular discussion that we are having.

“But, of course, time is short and we are in a difficult phase. There’s no denying that. There are a number of tricky issues that still have to be resolved.

“The fundamental point – I want to make this really very, very clear to your viewers – is that we have said all along, right from the start of these negotiations, and I’ve come on your programme, other programmes, as have other ministers over the past months, and said that we want the EU to recognise that the UK is a sovereign and independent nation.

“It is on the basis of that that a deal will be done.

“It is tricky, but we are working hard. David Frost and his team are working incredibly hard on this, in good faith, so let’s see where we get to.” 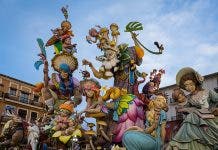