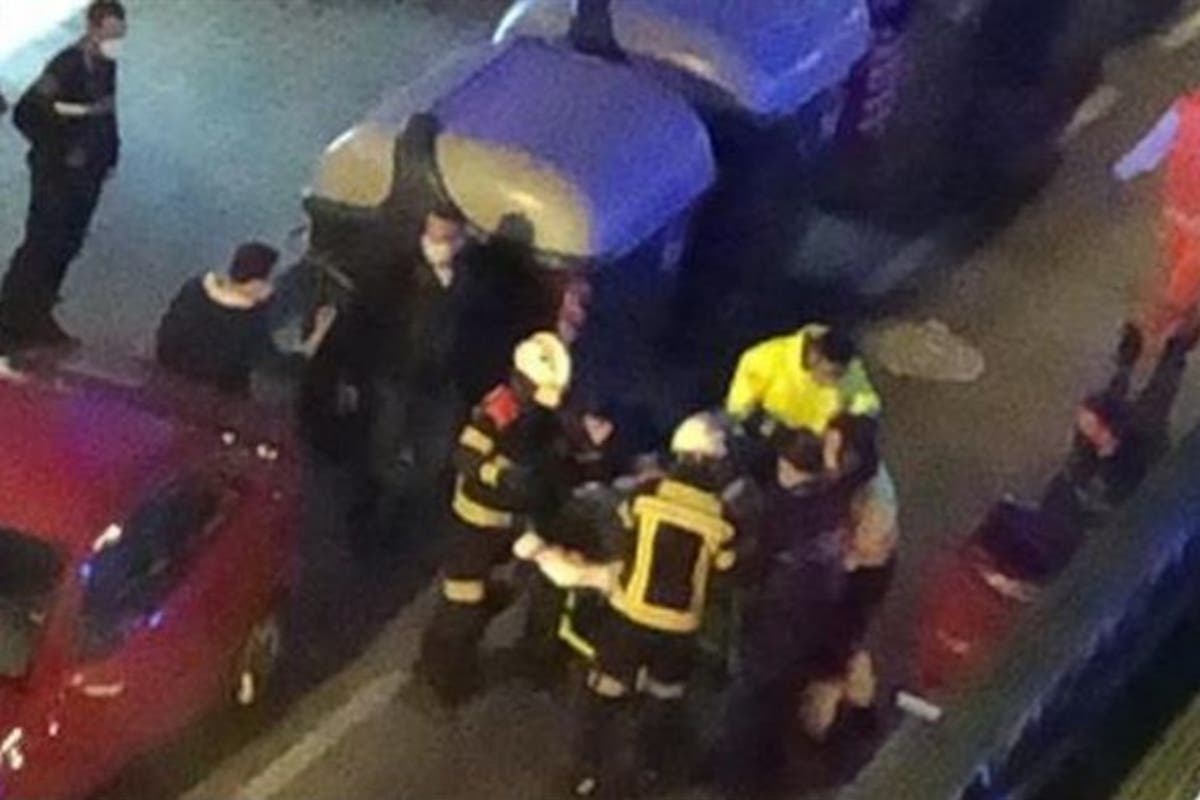 A three-year-boy has died in a fire in a Valencia City apartment block after he and his family were trapped in the blaze.

The fire broke out at around 7.15pm last night(December 10) on the fourth floor of the building on Avenida de la Malvarossa.

The boy’s two brothers, aged seven and nine, and his 30-year-old mother all suffered serious injuries and were taken to the Burns Unit at La Fe Hospital.

The three-year-old died at the hospital after doctors were unable to revive him after he suffered a cardiac arrest.

The family lived on the fifth floor of the block on Avenida de la Malvarossa and they tried to flee the building after the blaze broke out on the fourth floor landing caused by burning furniture.

The mother and her three children were trapped by the flames on the stairwell and lost consciousness as they inhaled the smoke.

Five fire crews were scrambled to the scene and rescued the family.

Paramedics arrived shortly afterwards as firefighters tried to resuscitate the three-year-old boy in the street.

Health staff also treated two people, aged 26 and 28, who suffered burns when they tried to rescue the family.

An 18-year-old woman was also treated for shock.

The Policia Nacional is investigating what caused the blaze and whether it was started intentionally.

Homicide agents have joined the probe after the boy’s death.

Specialists have been examining the remnants of the burnt furniture with residents claiming that the fire was no accident.