Home Costa Blanca 80-year-old dies after driving on the wrong side of a motorway on... 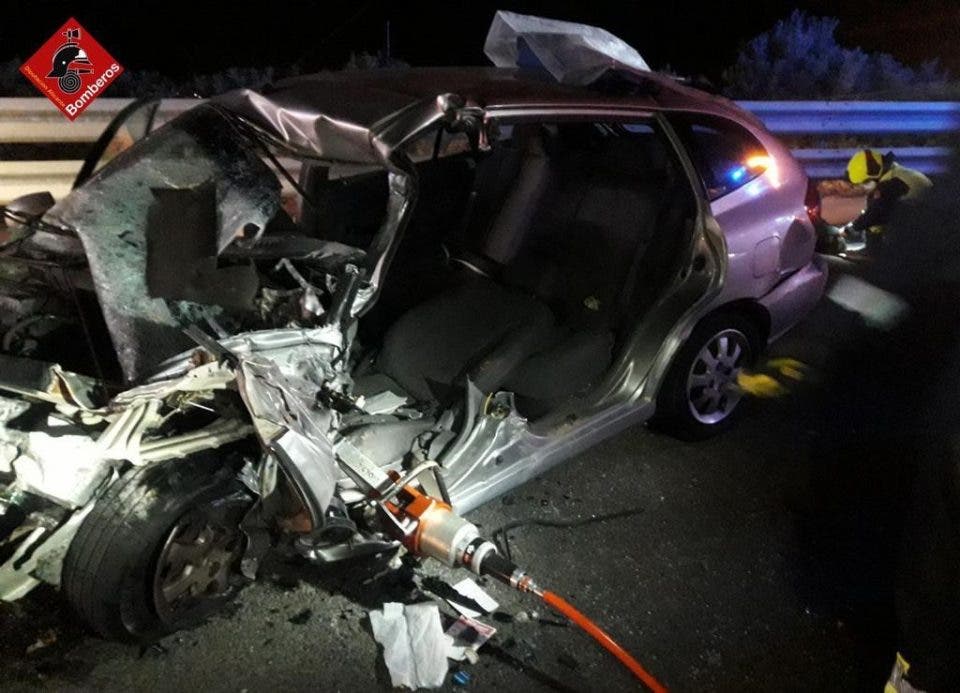 AN 80-year-old man died after a five kilometre drive on the wrong side of the AP-7 motorway in the Torrevieja area.

He collided with a car on the correct side of the road whose driver was seriously injured in the collision.

The crash happened at around 6.50 pm last night(January 4) close to the Torrevieja Sur exit on a ‘tolled’ section of the motorway which has a low volume of users.

The octogenarian motorist’s Kia Rio car collided head-on with a Mercedes vehicle travelling on the correct side of the AP-7.

The Mercedes flipped-over several times due to the crash impact, while the front of the Kia was badly mangled.

Investigators want to discover whether the dead driver made a tragic error or whether it is the latest in a series of ‘kamikaze’ incidents on southern Costa Blanca and Murcia roads.

A number of arrests were made in December with drunken motorists travelling on the wrong side of local motorways.

No details of the nationalities of the two motorists in the Torrevieja incident have been revealed.

The injured driver was taken to Torrevieja Hospital.