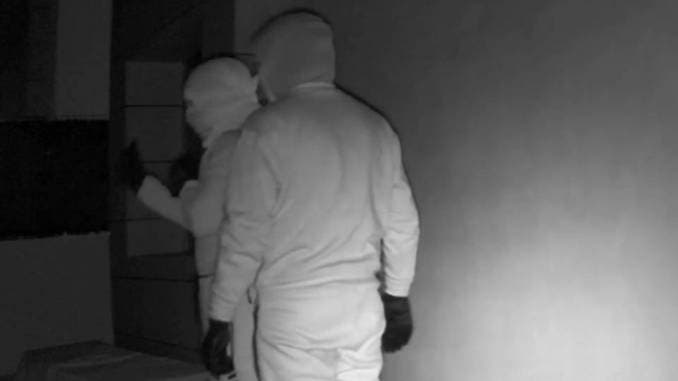 A 17-year-old robber at a Guardamar villa violently attacked a Guardia Civil officer during his arrest.

The officer was admitted to Elche General Hospital due to the ‘severity of his injuries’.

The attack happened after an alarm went off at a house on an unnamed urbanisation in Guardamar.

The break-in was recorded on CCTV with the teen robber and an accomplice wearing balaclavas and dark clothing.

The alarm was linked up to a control centre which provided the Guardia Civil the exact address for them to check out.

Officers believed that any potential intruders could be trying to hide in the property, but suddenly noticed some bushes next door moving in ‘an unusual way’.

The alarm of that property also went off and the two burglars scampered over a wall to escape.

A chase ensued as the intruders smashed through several fences as they ran through the grounds of several homes.

Guardia and Guardamar Policia Local reinforcements were called in and formed a cordon, which led to the detention of one of the burglars.

A 17-year-old Moldovan national violently resisted arrest and attacked a Guardia officer, who is said to be recovering well from his undisclosed injuries.

The teenager has been charged with robbery; attempted robbery; criminal damage; and assaulting a police officer.

The search is continuing for his accomplice.