A WELL-KNOWN expat fashion designer and ex-model has been grilled at a Costa Blanca court over her involvement in one of the biggest investment scams of the last few decades.

Arriving in a knee-length Gabardine mac, belted at the waist, a Jackson Pollock style mask and a Panama hat, she looked more like a private detective than the accused in a financial fraud.

It was certainly fashion’s take on Inspector Clouseau as Jody Smart finally faced the music at Denia Court…except she was being asked the questions, this time.

Flanked by two of her legal team, Smart – aka Jody Kirby/Jody Bell – is facing a private prosecution brought against her Alicante-based pensions company Continental Wealth Management (CWM) for alleged fraud.

She is being taken to court by 17 out of an alleged 750 victims of the pension management company that folded in 2017, allegedly leaving a €35 million black hole for angry investors.

She arrived just after 10am for her 10.30am hearing at Denia’s Palau de la Justicia courthouse, refusing to comment, and skinked away via a fire escape avoiding photographers and journalists two hours later.

Delayed by a year due to COVID, the lawyer for the prosecution, Antoni Bertomeu, confirmed to the Olive Press that she was grilled for around an hour-and-a-half in total.

Only he and Smart’s legal team of were allowed to be present in the private hearing, that was launched over two years ago.

Bertomeu is expected to release a full transcript of the session next week, but it is understood Smart was asked, in particular, about whether she was able to set up her fashion company, Jody Bell SL, illegally with investors money.

She and two other former colleagues, Stephen Ward and Paul Clarke, both long-time British expats, were also facing questions over their involvement in the alleged scam that left hundreds of investors losing fortunes.

One victim is alleged to have lost €800,000, while others were left penniless, leading at least one to commit suicide.

Despite being summoned, the ex-husband of Jody, is understood to be back in the UK, having initially fled for a couple of years to Australia when the scandal broke.

His ex-partner, who had her name on many of the company deeds, as well as many of his former colleagues have been left to pick up the tab. And yesterday Smart was grilled about the set up of CWM with only her legal representation and private prosecution lawyer Antoni Bertomeu authorised to be present.

A number of victims of the alleged investment scam had turned up outside the court hoping to ask their own questions of Smart, who is now remarried to a local British expat businessman and restaurateur. They stood alongside the private action coordinator Angie Brooks, herself a private financial advisor based in Granada.

The gathered former investors were angry when Smart managed to somehow leave the court unscheduled via an unofficial back door.

Both the court usher and two Guardia Civil officers on duty at the main entrance expressed surprise with Smart’s escape, insisting that it was ‘totally unauthorised’.

The usher later explained that Smart had waited for a crowd to gather inside the building on this particularly busy morning before making her unexpected dash out of the fire exit.

“I heard the door open, but I assumed it was a court employee or maintenance staff,” declared the usher.

Fellow defendant Stephen Ward, who is accused of running a ‘sister company’ to CWM – was also cross-examined by the same judge.

Earlier this Week the judge heard evidence from Paul Clarke, who is said to have initially founded CWM with Darren Kirby. 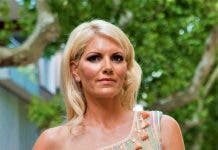 Alex Trelinski - 25 Feb, 2021 @ 14:15
BENIDORM will start dividing up its beaches from this Monday(March 1) in a repeat of last year's safety measures.