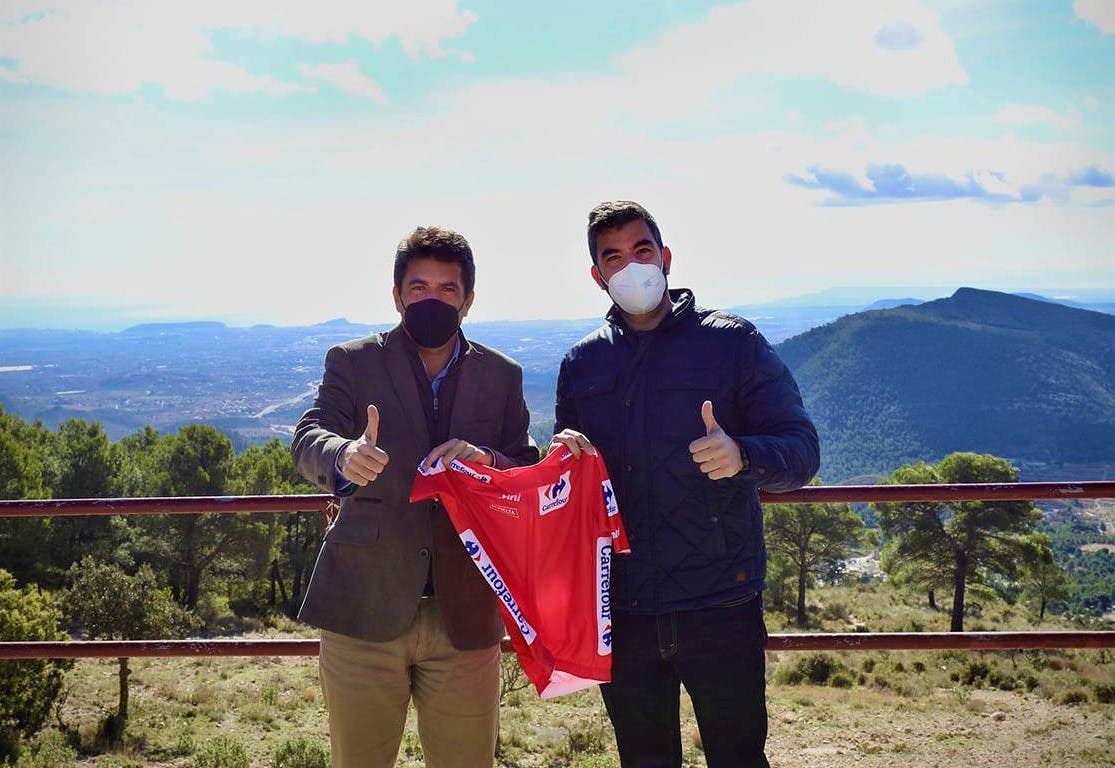 ONE of the world’s top cycling road races, La Vuelta a España, will be returning to the Costa Blanca and Murcia areas this summer.

Last year’s event took place in the autumn due to the pandemic and the route by-passed Spain’s eastern coast.

The 2021 race will hold the 152 kilometre seventh stage on Friday, August 20, starting in Gandia and finishing at the Balcon de Alicante in Tibi.

Besides the sporting aspect of the event, La Veulta’s international TV audience gets an armchair view of the Costa Blanca and Murcia regions and what they have to offer tourists.

Alicante Provincial Council president, Carlos Mazon, and Tibi mayor, Jose Luis Candela, were delighted by the prospect of the area getting a big boost.

Carlos Mazon said: “This will be one of the most scenic stages for this year’s La Vuelta. The Balcón de Alicante in Tibi is a mountain stage that will attract a lot of attention from a tourism perspective”.

On August 21, the cyclists will leave Santa Pola on a 163.3 kilometre route through to La Manga on the Mar Menor.

They will travel down the coast through La Marina village, Guardamar, and Torrevieja before heading towards Murcia.

“This year the passage of La Vuelta through Alicante Province is more relevant than ever, because it will allow us to reinforce our area as one of the most unique in Spain and give us the help in reactivating Costa Blanca tourism in these hard times ”, Carlos Mazon added.

August 22 will see Puerto Lumbreras host the start of the ninth stage, with the route then going south into Almeria.