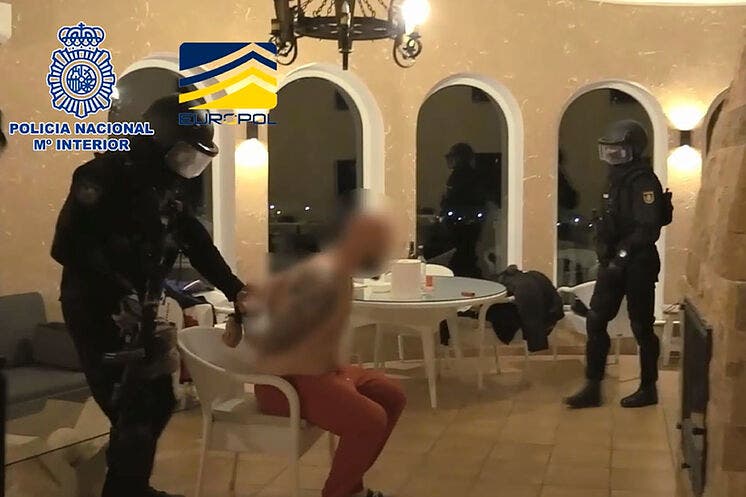 Polish and Russian women were made false promises of employment in Spain, the UK, and Germany.

They ended up being forced into prostitution to pay off their travel debts.

The gang even contacted another criminal group and paid substantial sums of money to get bogus medical certificates.

The gang was busted after a Polish victim reported what had happened to her.

She told police that the women were intimidated by the traffickers and forced into prostitution at rental apartments obtained by the criminals.

Over a hundred Policia Nacional officers took part in a joint operation with Europol to end the gang’s activities.

17 arrests have been made across Spain, including ten detentions at the operation hub on the Costa Blanca; six in Valencia Province; and one in Palma on Mallorca.

Eight addresses were raided across the Valencian Community with police uncovering other enterprises involving the gang.

That included an indoor marijuana farm and a large number of bogus credit cards.

They were used to fund luxury hotel stays and to buy virtual currencies like bitcoins.

No details have been provided about the nationalities of the 17 arrested gang members, but three of them were not granted bail.