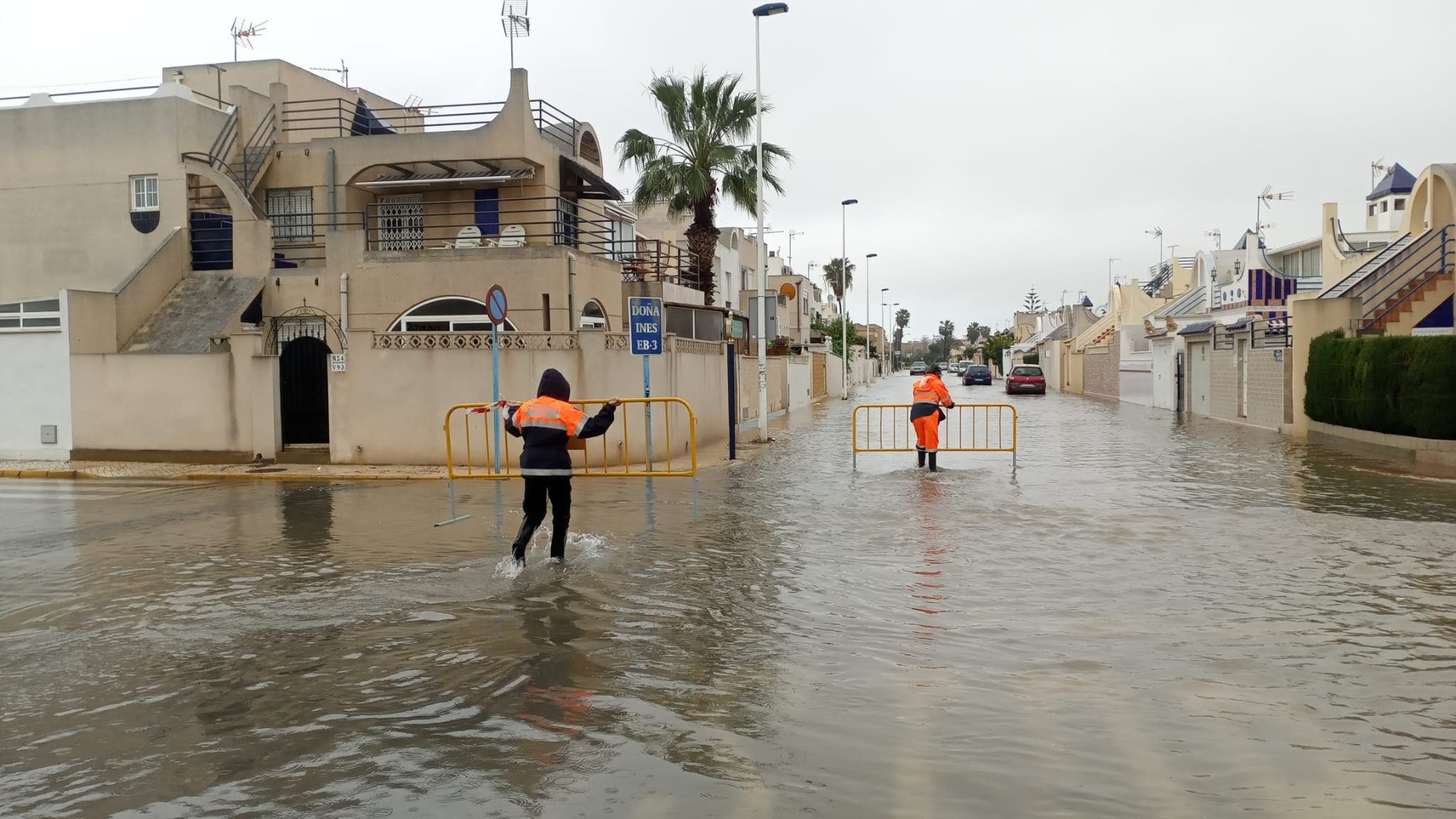 HEAVY rain brought flooding to Torrevieja on Sunday(March 7) with the usual quota of blocked or partially passable roads.

Local forecasters, the Mastral Project, reported deluges of up to 67 litres per square metre in the city.

A regular flooding blackspot, the key CV-905 road saw problems for motorists, especially in the vicinity of Torretta II.

It was the first significant rain to hit the area for over 50 days since Storm Filomena hit Spain in January.

The Guardia Civil and Torrevieja’s Policia Local kept traffic moving on the CV-905, while Avenidas Delfina Viudes and Rosa Mazon were blocked off due to flood water.

In the Murcia region, an Aguilas motorist was saved by firefighters after his car got trapped underneath a bridge after heavy rain swept the vehicle into a rambla.

Regular flood spots on the Mar Menor like around Los Alcazares only suffered minor problems.