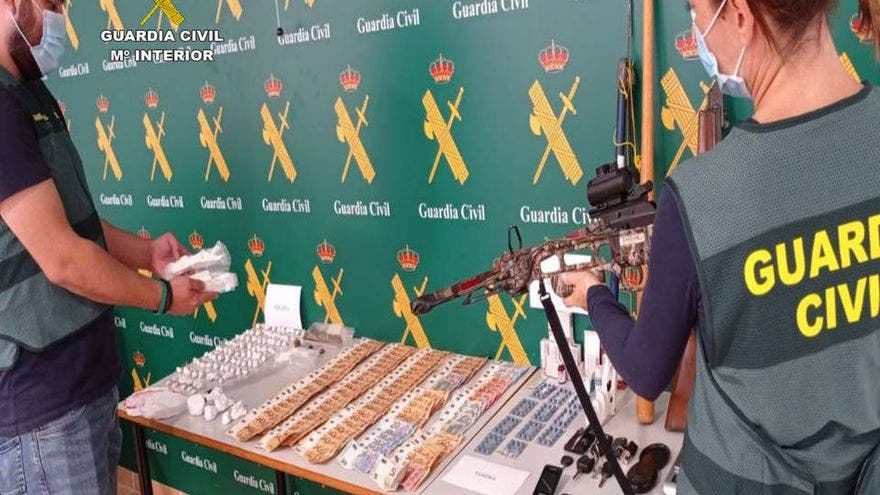 A Torrevieja road sweeper used his job as a cover to run a drugs gang which included an 80-year-old woman who stitched bags containing narcotics.

The leader worked for a contractor that cleaned the city’s streets but a workmate shopped him to the Guardia Civil over what he really did most of the time.

He used his shifts to sell and distribute cocaine to clients and the demand grew quickly as he initially reeled in around €600 per day.

The large income allowed him to create a paid sales team on a €600 monthly salary to build up his illegal enterprise.

His staff had a strictly-defined schedule from Monday to Saturday between 8.00 am and 11.00 pm and were given sales targets.

A Guardia Civil spokesman said that the boss would not hesitate to ‘brutally beat up’ his employees if they failed to meet his expectations.

He personally ran sales on a Sunday as he had no work commitments.

The dealer drove to client homes or places of work in a high-end car to delivery the drugs.

One of the ‘sales’ team even got his 80-year-old mother to make bags to put the cocaine in and she was paid €100 each month.

Five men and five women, including the leader and elderly bag-maker, were detained by the Guardia Civil at three Torrevieja addresses.

Substantial quantities of drugs were discovered in the raids along with a rifle, a crossbow, and a baseball bat.

The gang boss was denied bail along with another person after appearing in court.

All ten defendants have been charged with drugs offences and belonging to a criminal organisation.

The leader has an additional count against him of money laundering.