Home Benidorm Slovak Olympic triathlon squad in Benidorm get their €5,000 bike back after... 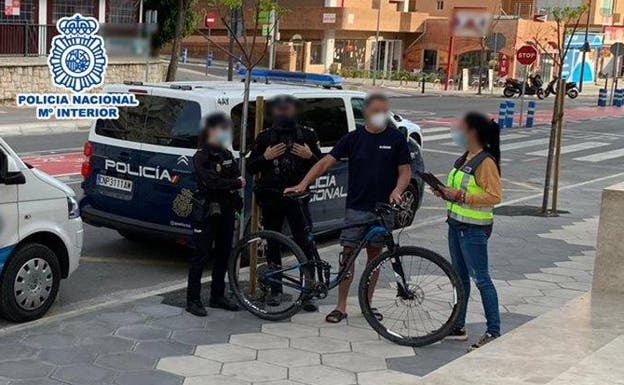 SLOVAKIAN triathletes training for this summer’s Tokyo Olympics have been reunited with a stolen bike thanks to the Policia Nacional in Benidorm.

Officers delivered the bike personally to the hotel complex where the squad members are staying.

Benidorm and the Marina Baixa area is a popular choice for professional cycling teams and other sporting disciplines ahead of major international events.

The squad reported the theft of a €5,000 MTB bicycle which the Policia Nacional said caused a ‘significant’ disruption to their training schedule.

The good news for the Slovaks was that the police managed to identify the thieves within a day and return the bike to its rightful owners.

No further details were provided about them except that they had no criminal record.