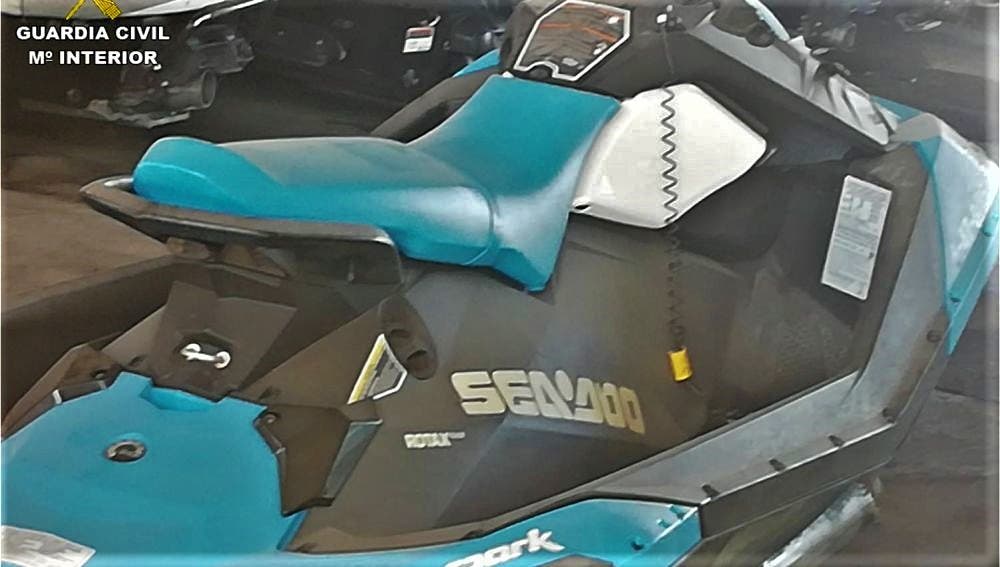 A jet ski stolen from North Wales in 2016 popped up in a dry dock in Alicante after police got a tip-off about its dubious registration details.

The €9,000-worth ski disappeared from a Flint address and is now in safe custody in a police warehouse in Valencia.

The 45-year-old woman who owns the ski now has the hassle and expense of trying to get it back home, assuming that she wants to be reunited with it.

A 56-year-old British man has been charged with theft by the Guardia Civil, along with a 69-year-old San Juan resident who is accused of falsifying documents.

The chances of the stolen jet ski being discovered were remote but luck ran out for the thief last autumn.

The Guardia Civil got a phone call from an eagle-eyed citizen who told them that there was something suspicious about the ski’s origin.

Guardia officers checked it out themselves and discovered that its registration number did not match up with what should have been an identical number stamped on its frame.

They seized the jet ski and tracked down its owner via Interpol and the North Wales Police who cover Flint.

The Welsh force told the Guardia that they could proceed with their investigation and charge the person that stole it.