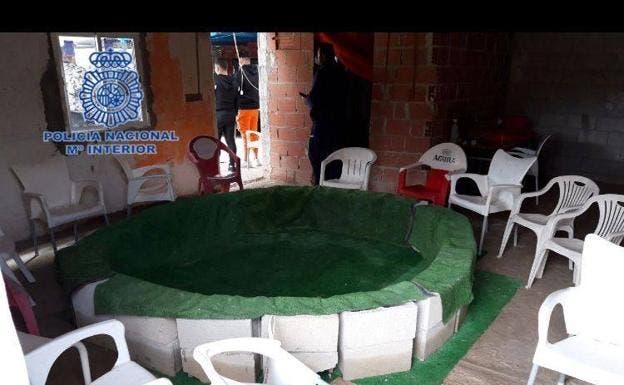 POLICE rescued two roosters who were about to do battle in an illegal cockfight at an Alicante villa.

The organisers and prospective audience were all sanctioned over the event.

The ALERTCOPS phone app got a message that cockfighting was being staged at a property in the Villafranqueza area of Alicante City.

The tip was treated seriously as several Policia Nacional units were despatched to the villa where they spotted a large gathering of people.

A ring set up specifically for cockfighting was in an inside room and officers took away the two animals that were set to do combat.

They are now being looked after by a local animal shelter

In addition to organising and attending the illegal contest, 27 people were sanctioned for ignoring COVID-19 safety rules over breaking gathering limits; not wearing a mask; or keeping a safe distance.

Among the group were three children aged between 10 and 14, with one of them in charge of what officers described as ‘a large amount’ of money.

Eight separate charges were laid down over illegal drugs and weapons possession.