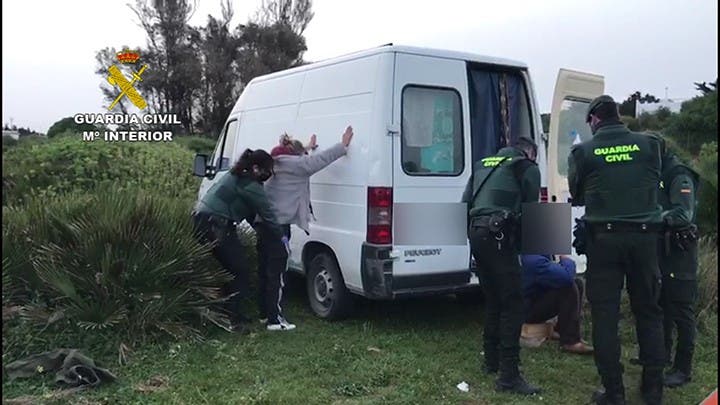 A gang that stole ATMs and squatted in homes on the Costa Blanca has been arrested by the Alicante Guardia Civil.

The Guardia launched Operation Pobegal after a spate of ATM thefts across the region.

The six-strong group were detained in the Cadiz area of Andalucia and charged with multiple crimes.

The operation started after a tow truck and two cars were used in an abortive attempt to take an ATM that was installed on an Orihuela Costa road.

Three men and three women were involved in the criminal enterprise and investigations revealed that they lived illegally in several Orihuela Costa homes before they were evicted in March.

Six robberies or attempted ATM robberies were uncovered in the area with seven stolen tow trucks and seven cars used in the crimes.

The vehicles were then dumped around the Costa Blanca and the Murcia region.

The gang came from central Europe and all had extensive police records across the continent.

The Guardia said that they moved around in motorhomes across Spain, some of which had been stolen and used false number plates.

They concentrated on staying in tourist areas to rob cars and caravans before moving on after a fortnight.

Binoculars were used to spy on potential victims from a distance to see if they left bags and valuables in their cars.

Stolen bank cards were used to make ATM withdrawals or to purchase items via the internet.