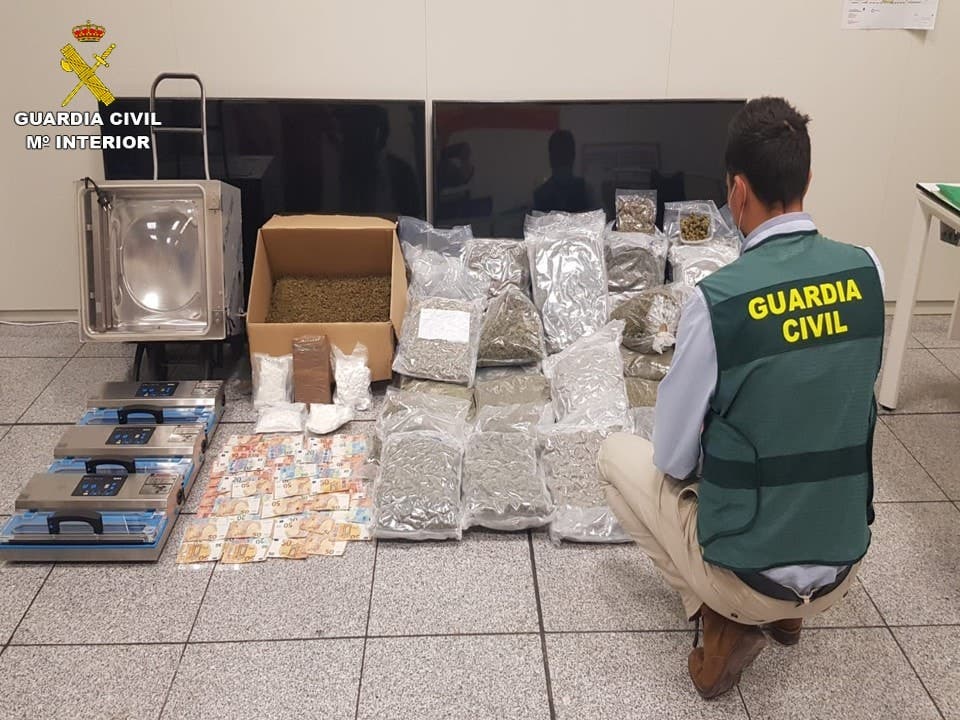 THREE British men have been jailed after a parcel of drugs destined for Australia was intercepted at Alicante-Elche airport.

X-ray scanners detected 855 grams of cocaine in the illegal shipment.

The trio, aged in their early thirties, were all denied bail after an Altea court appearance.

The house raids uncovered nearly three kilos of cocaine and 34 kilos of marijuana.

Specialist drugs equipment was seized along with camouflage materials to try to stop scanners picking up what was inside the illegal parcels.

The men’s shipment was discovered during an operation which saw a separate arrest of another parcel sender.

A 43-year-old Alicante woman was collared after a UK-bound marijuana shipment was detected at Alicante-Elche airport.