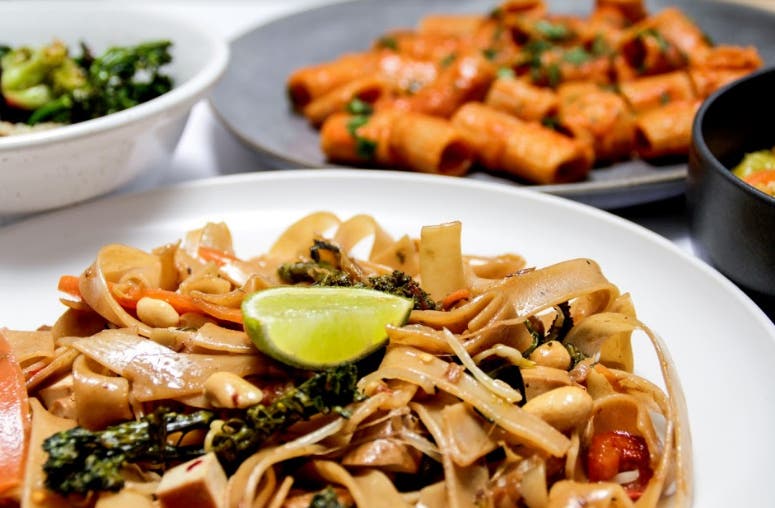 Q. Tell us about Vegan Food Club. How it all started?

A. First of all, thanks for having me. I come from a vegetarian family in India. Ever since I was little, I have only eaten vegetarian food. India is a paradise for veggie lovers. The sheer amount of variety in vegetables is overwhelming. I still wonder how Hindus and later Jain communities, consciously decided to turn vegetarian thousands of years ago. After my travels around the world, I noticed such ancient religions like the Incas from Peru or Jains from India, had one thing in common and that is their love for nature and environment. So having this legacy and love for cooking in my family helped me a lot.

But the main inspiration has always been my mother, Sandhya, who is a vegan by choice. And here in Europe, we never had a decent vegan meal. It was always either vegan burger or pizza or something similar. You see, European cuisine isn’t easy to be made into vegan. Which is why we see so many new food tech startups trying to recreate a vegan or rather plant-based version of meat. So I wanted to change the playing field for the vegan meals industry. My love for the taste of Indian cuisine and the health factor of Mediterranean cuisine have come together in the form of a meal subscription. If you simply take dairy products away from Indian vegetarian meals, it become vegan. So it wasn’t hard to make something like this.

Q. But why a subscription when you can sell on popular food delivery apps? Is it also a ghost kitchen?

A. Where I come from, going to restaurants is a big deal. You know that India hasn’t been a rich country like it is now. As a student or working class person, we are used to having our meals cooked and delivered by a community called dabbawallahs. In the late 1800s, Mumbai had become a magnet for economic migrants who wanted a better life. They had no means of having a kitchen so some of the workers came together and decided to cook and deliver meals every day. It’s noted that Harvard University has done research on them and found astonishing findings in terms of Agile Management. Prince Charles has a special relationship with them and this community also received an invitation to attend the royal wedding in 2005. So this model of meal delivery on subscription has been in India everywhere. In educational institutions, factories, offices and everywhere else. About 5,000 dabbawalas deliver about 175 thousand to 200 thousand four-course meals everyday in a metal lunch box.

So what stands out in this is the convenience, taste and nutrition which has been the main inspiration of Vegan Food Club. Subscription makes it easier and cost-efficient for the customers. If you see, our food costs only €4.60 per meal, it is organically sourced, chef cooked and delivered all over Spain. The kitchen to doorstep model could have only happened with a subscription model. 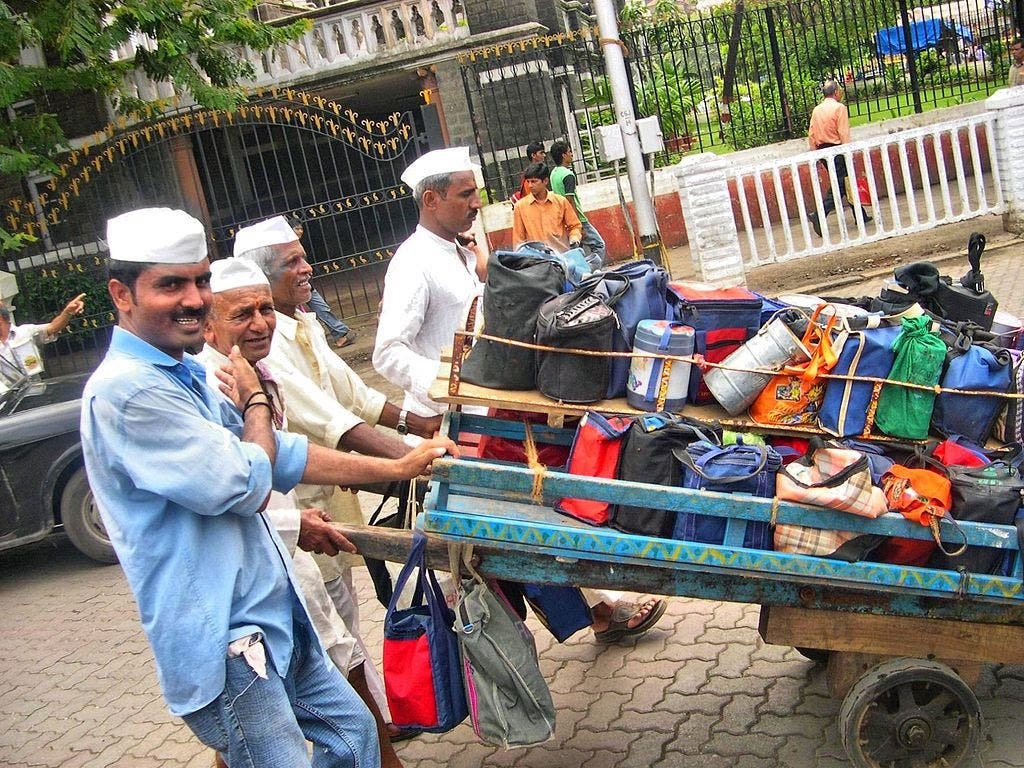 Q. That’s incredible. How come you guys made it possible at this price? It almost seems impossible.

A. That’s where the Ghost Kitchen model comes in the picture. Ghost kitchens are something growing here in the west now. But we have had it since forever. When I was in college, I was used to having meals delivered to my dormitory for less than €30 a month. And there is a myth about vegan food that it’s very expensive, but it really should not be. Veggies cost less to grow and purchase compared to meat. So it shouldn’t really be expensive to cook and consume vegan meals. And vegan meals are not something extremely special. If you see, even French fries are vegan. 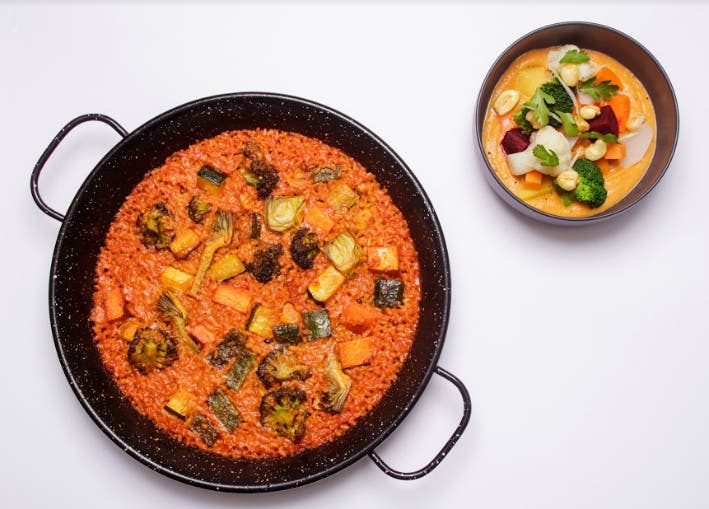 Q. Do you cook yourself? Or you have a team?

A. I used to in the early phase. I am very experimental. But the food market for the vegan curious, which is our main customer base here in Spain, hasn’t matured yet for the experimental recipes like Garlic Rice as daily meals. So we decided to tweak the popular recipes like pastas and soups with a vegan and Indian touch.

Q. Do you use meat or dairy alternatives in the recipes?

A. With exception of Tofu, nope. Our idea is not to create an illusion or imitation of meat. Otherwise, what is the point if our food keeps reminding you about meat. The idea is to create original recipes with vegetables and non-dairy options like coconut milk which gives incredible taste and substance to recipes. 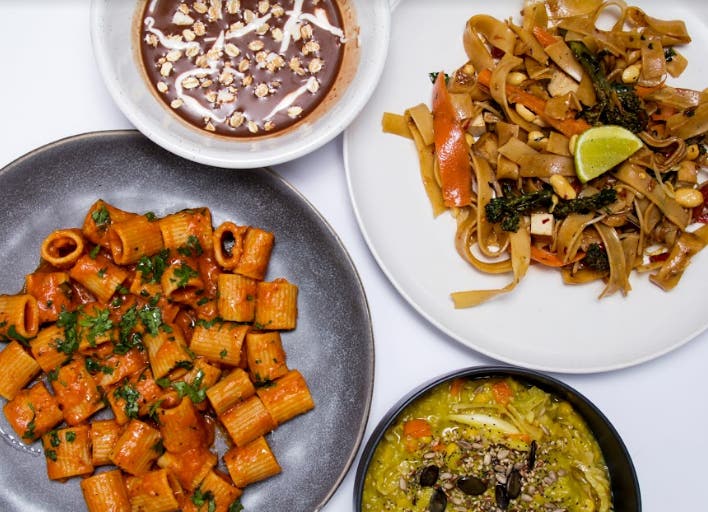 A. We are still growing in Spain and the response has been phenomenal. The next step is of course expansion to other markets but we still have a long way to grow here and we are thoroughly enjoying the journey so far. Regarding our meals and other offerings, it would be better to wait & watch.

Q. How do you ensure the nutritional value in each meal? Isn’t it hard to get all the nutrition needed from a vegan diet? At least that seems to be the popular notion.

A. That’s more of a myth rather than a notion. All the popular research about a vegan diet shows that it’s possible to have a nutritious diet. We also have an in-house nutritionist who makes sure that each meal consists of recommended ingredients and methods of preserving essential nutrition. What our customers get is a completely balanced meal and not just a fast snack. What we also stand out for is the quality. I mean, you can also buy a ready to eat meal in any popular supermarket chain. But they hold convenience as the core value and not taste or nutritional value so much. 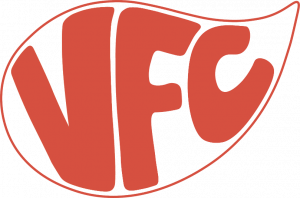 Q. Sounds deliciously nutritious. How can one get hands on it?

A. It’s simple. If you are anywhere in Spain. Be it a farm or factory, house or office, you simply have to visit our website, choose a plan of your liking, and get our vegan meals delivered to your doorstep by Seur, a notable logistics company in Spain. Moreover, we don’t have any plan retainers which means you can pause or cancel the plan anytime without losing any money. We genuinely want to think about the customers first. Since we cook the meals every week, our club members will get the meals on either Tuesday or Wednesday as per their choice.

Q. Incredible. I would definitely would like to try one of those.

A. In fact, we would like to offer your readers/listeners a special discount on the first delivery. Just ask them to use a discount coupon VFC50 and they will receive the meals at their doorstep. 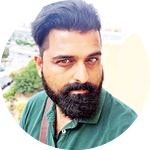