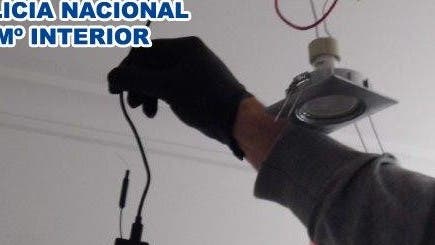 A 42-year-old man has been arrested by the Policia Nacional in Denia after he installed a spy camera in his neighbour’s bathroom.

The ‘Peeping Tom’ has been charged with infringing privacy in addition to child sex abuse and possessing child pornography.

He was jailed by a Denia court ahead of his trial.

The man helpfully offered to replace a broken light bulb after his female neighbour told him that she needed some help to install a replacement.

She left him her house keys because she had to go to work and had her trust breached when he did more than put in a new light.

He installed a small spy camera in the bathroom ceiling to beam images directly to his computer.

It was only months later that the property owner spotted the surveillance camera lodged in a small hole next to a light fitting.

Police officers discovered that another bathroom camera was running from an address that the man previously lived at.

A raid on his house discovered footage from both cameras in addition to computer files of paedophile material, some of which had been recorded by the man.