Home Benidorm ‘UP THE POLE’ as Benidorm beaches on Spain’s Costa Blanca celebrate their... 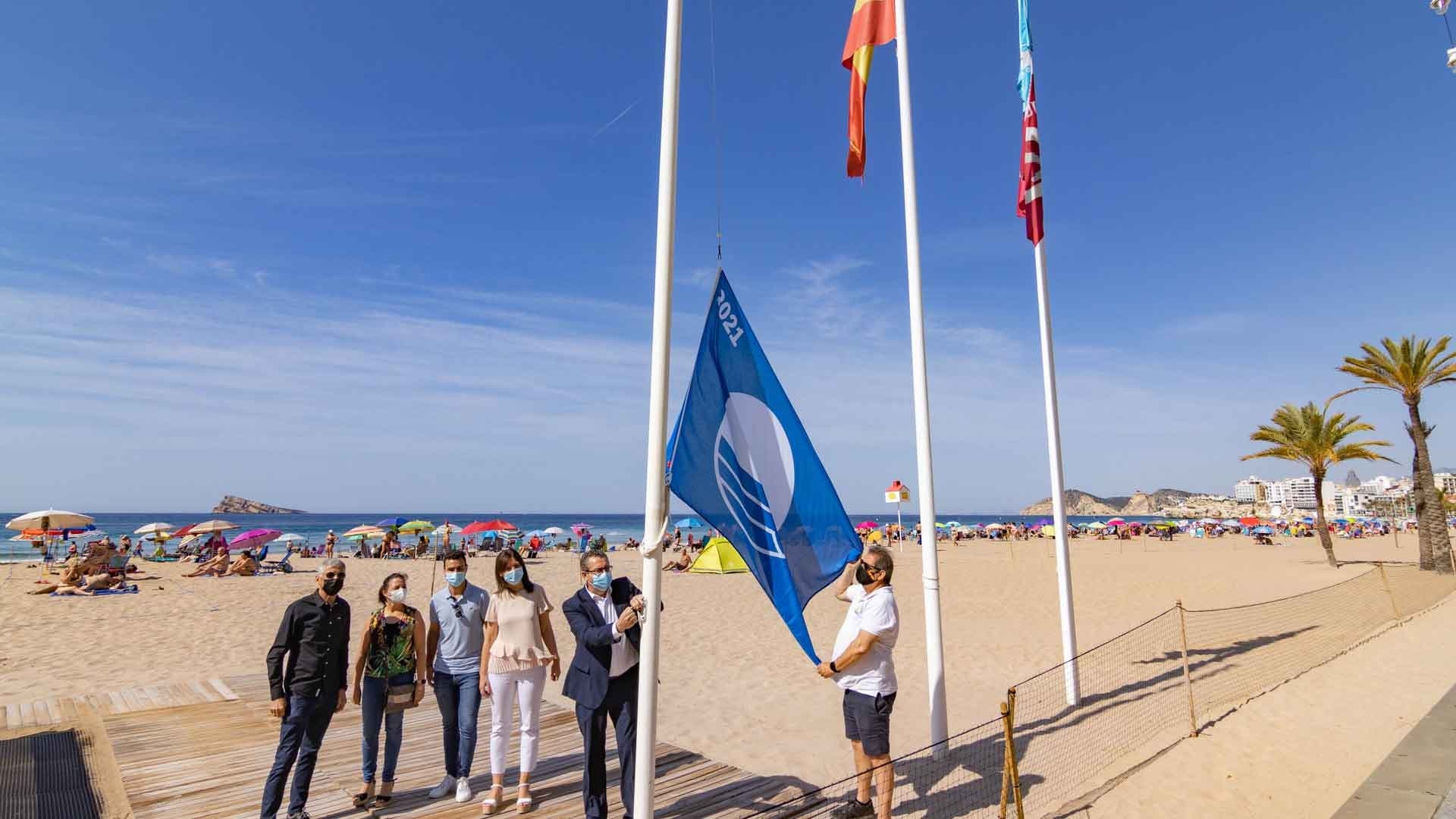 BENIDORM has officially unfurled its 2021 Blue Flags on its three beaches on Spain’s Costa Blanca.

The Blue Flag is an international honour handed out by the Foundation for Environmental Education.

It’s awarded in recognition of high standards covering water safety and quality in addition to providing visitors with environmental information.

Levante retained the award along with the adjoining Poniente and Mal Pas beaches.

Toni Perez said: “The beaches are Benidorm’s jewels of its crown and we must look after them for everybody’s future enjoyment.”

74 flags were given to Costa Blanca beaches this year making Alicante Province the leading Blue Flag area of Spain.