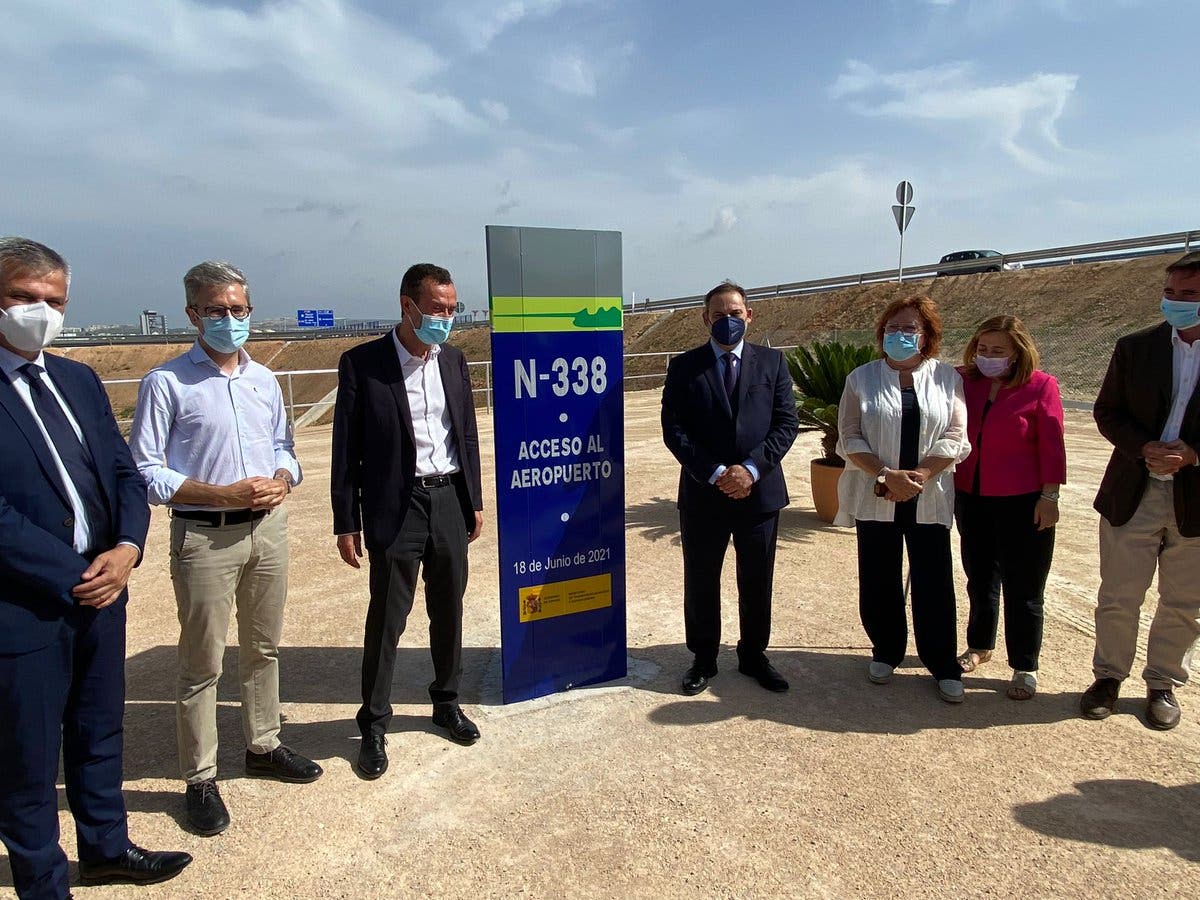 A new stretch of dual-carriageway road to cut down congestion around Alicante-Elche airport has been officially opened by Spain’s Transport Minister, Jose Luis Abalos.

The route acts as the main link between the N-332 and the A-70 motorway in addition to providing airport access.

The improved road is expected to ease journeys for drivers from the southern Costa Blanca heading into Alicante City.

Jose Luis Abalos said: “This will improve safety in the area and the work has been completed in just over two years, in spite of the pandemic.”

The minister also visited the airport and took part in a ceremony that officially sees the facility’s name extended to include the name of local poet, Miguel Hernandez.

Luis Abalos noted that it was the ‘fifth-busiest’ airport in Spain.

He promised that €1.3 million of repairs to the southern roof of the terminal that caught fire in January 2020 will be completed this summer.

Staff shortages mean just 13% of COVID-19 rule breakers have been fined in Costa Blanca and Valencia areas of...

Dumb attacker slashes man’s neck and gets arrested after reporting a finger injury to the police on Spain’s Costa...

Who’s a pretty boy then? Alicante firefighters in Spain rescue a parrot perched on a ledge

Bullfight organisers fined €3,000 in Spain’s Valencia over escaped bull that was shot dead by police

From beach paradise to holiday hell:  What happens when you test positive for COVID before you fly home from...

Spain and the Olympic Games: Full schedule for Tokyo 2020