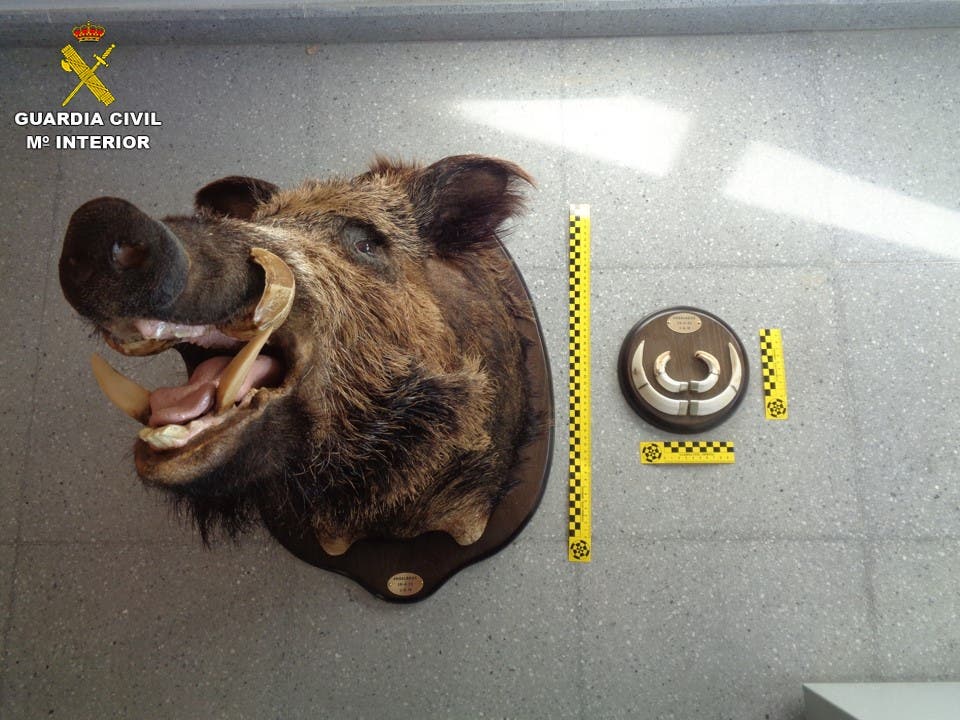 AN unlicensed taxidermist could be fined up to €60,000 for stuffing the head of an illegally-hunted wild boar.

The Guardia Civil raided the clandestine workshop in San Vicente del Raspeig after being told about the stuffed boar.

Officers discovered 16 prohibited ‘game animal’ items on the the premises which were in a converted shed.

The boar had been caught by an banned method known as looping where its head is caught in a wire noose and it strangles itself as it desperately tries to escape.

The hunter has been identified and faces a fine of up to €6,000 and a two-year suspension of his hunting license.

The San Vicente workshop housed a range of taxidermy tools inside in addition to the illegally-caught animals.

In addition to the prohibited items, the business was being run ‘off the books’ with no declarations of income made to the appropriate tax and social security authorities.