Home Costa Blanca Woman is hurled to her death from a van that spun off... 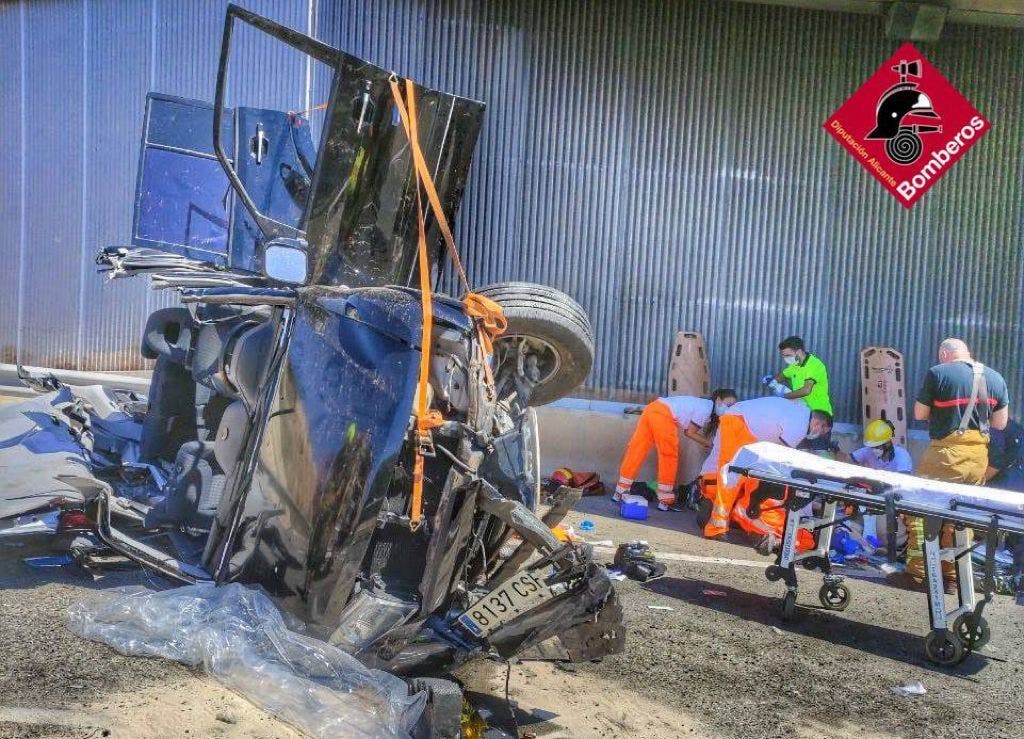 A 55-year-old woman died after she was hurled out of a van that careered off a bridge in the Monforte del Cid area.

The Alicante Provincial fire service said the accident may have been caused by a tyre blow out.

The incident occurred shortly after 4.00 pm last Saturday(June 26) on the Valencia-bound carriageway of the A-7.

Five other people were lucky to be alive after the van smashed through the bridge fence and landed below the structure.

Firefighters rescued a 20-year-old woman who was trapped inside the vehicle with a broken hip.

She was taken to Elche General Hospital.