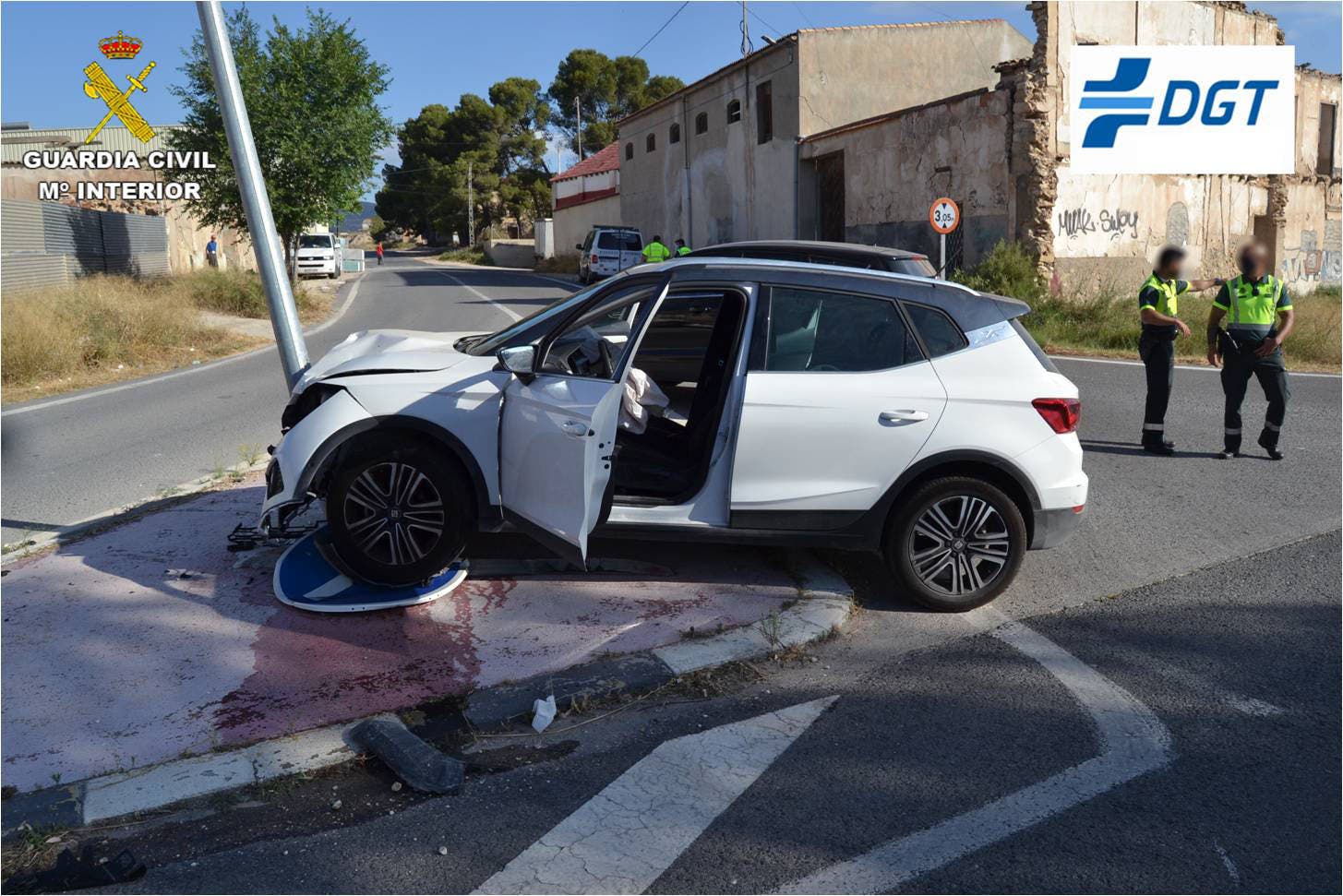 A 61-year-old driver racked up a heap of trouble after an Alicante Province car chase.

The Spaniard was above the legal limit for alcohol and drugs but still got behind the wheel.

He did not have a driving licence and never passed a test to get one, which meant there was no valid insurance on the car.

Despite all those factors, he further added to his tale of woe as he drove through Elda.

He used his mobile phone and was spotted by a Guardia Civil patrol.

The illegal driver ignored warnings to pull up and led the Guardia on a chase down the CV-835.

He turned into an industrial estate and veered onto the wrong carriageway of narrow streets forcing cars to dodge out of his way.

Eventually he lost control and his escapade ended when he crashed into a lamp-post at a junction.

He was taken to a local health centre, before being charged with a long string of motoring offences, which unsurprisingly included dangerous and reckless driving.