Home Other News Crime & Law Teenage Spanish flag burner faces fine of up to €30,000 for incident... 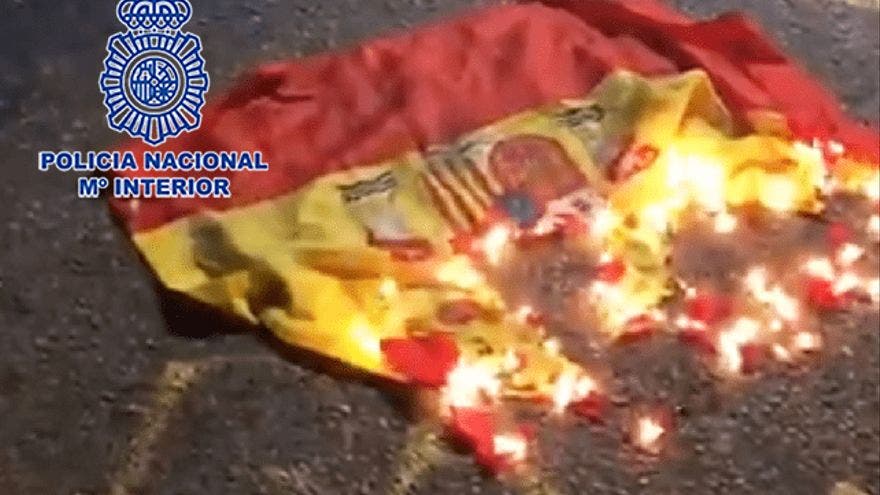 A teenager has been arrested for setting fire to a Spanish flag in the centre of Murcia City.

The man, 19, was detained by the Policia Nacional for committing a ‘crime of outrage against Spain’.

Spain’s current Security Law means the potential for a fine as high as €30,000.

The incident happened in mid-September but the Policia Nacional have only just released details of what happened.

The man stood outside a cocktail bar in Murcia City and set fire to the Spanish flag with a lighter.

The police, in a statement, said that the man ‘shouted profane insults at the flag while it burned’.

He was allegedly surrounded by a large group of people who joined in with the ‘verbal abuse against Spain’.

Police released the 19-year-old ahead of a court appearance.