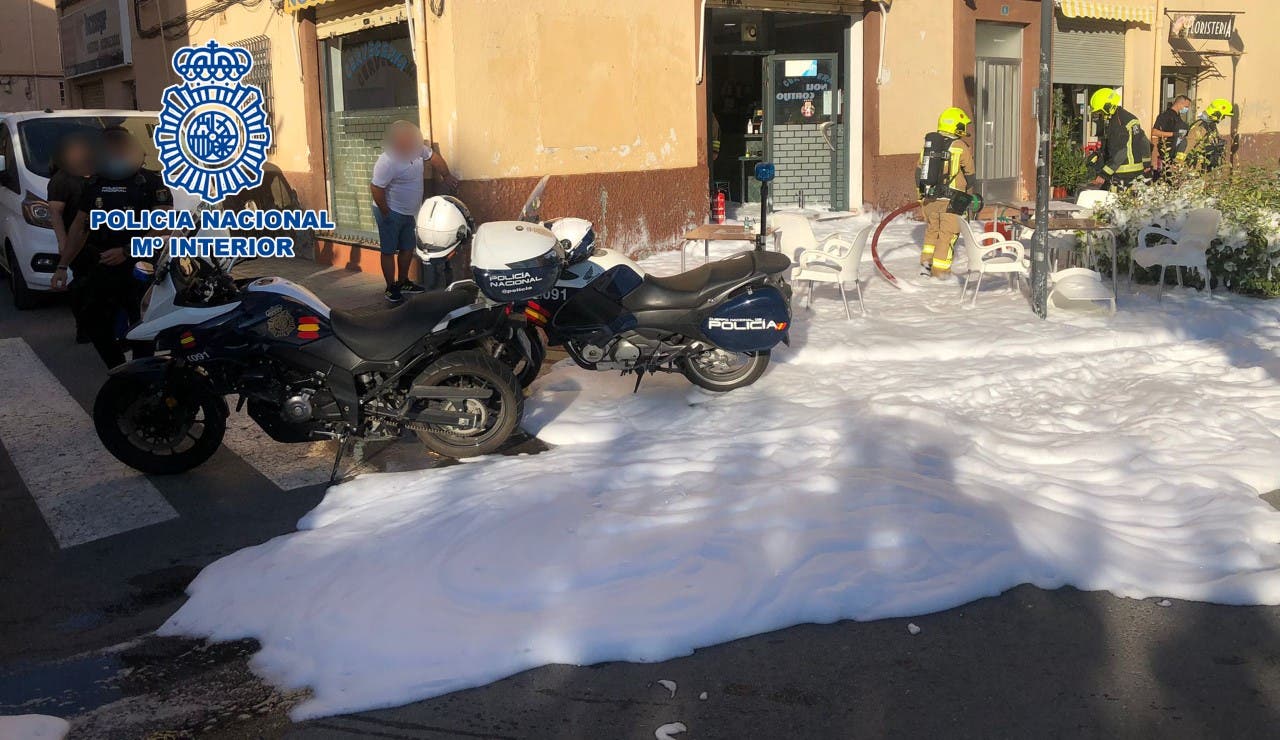 A man went into an Alicante bar early this Tuesday morning and emptied two cans of petrol before threatening to set fire to the premises.

Shocked customers were enjoying a late-night drink when the irate Spaniard, 41, appeared and poured the fuel over the bar’s fixtures and fittings before producing a cigarette lighter.

He threateningly waved the lighter around in the air as the bar owner called the police.

The man didn’t carry out his threat but drove off on his motorcyle.

The Policia Nacional tracked him down and and charged him with making threats and causing damage.

His anger was over his dissatisfaction over the purchase of the motorbike from a relative of the bar owner.

The sheer amount of the petrol dumped both inside and outside the premises led to a major operation for Alicante firefighters.

They laid down foam to prevent any chance of a blaze igniting.