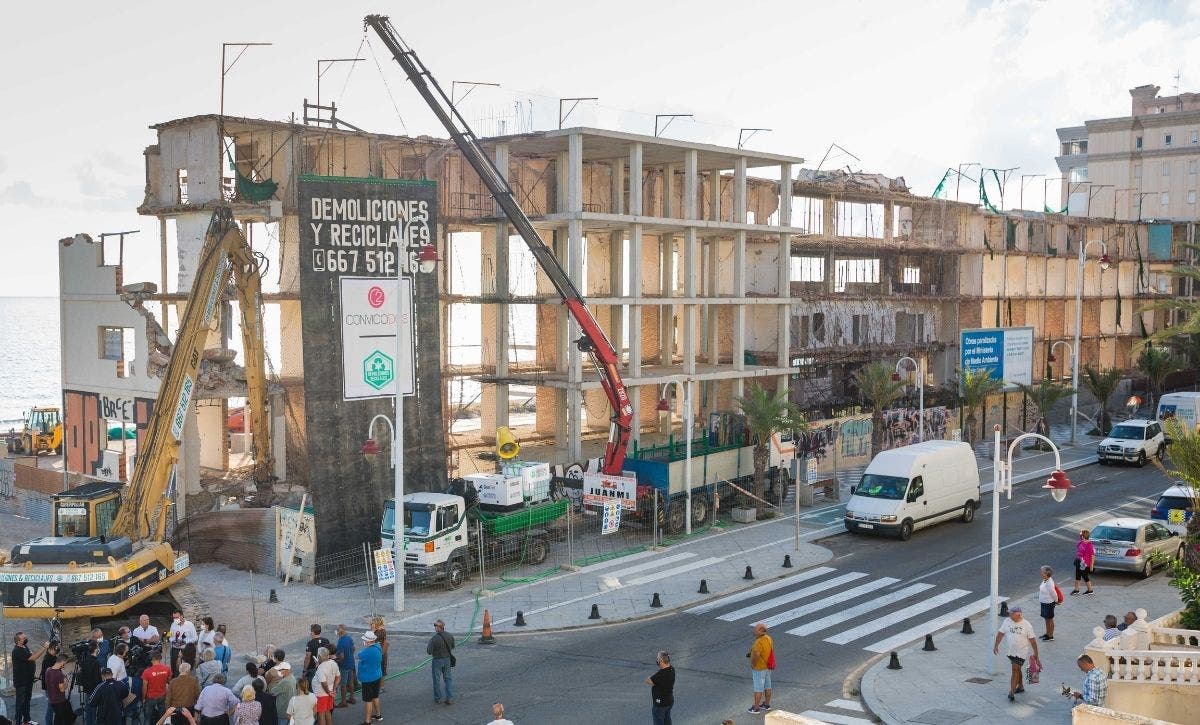 BULLDOZERS have started knocking down a southern Costa Blanca eyesore hotel that was abandoned in 1997.

Plans to convert the Arenales del Sol beachside hotel in the Elche municipality into a four-star complex were stopped in 2016 after developers Princesol fell foul of coastal laws.

The project was eventually scrapped as courts deemed the €11 million revamp as ‘legally unfeasible’.

Work to remove the eyesore started last year with a thousand kilos of asbestos removed from the structure and dumped at a landfill site.

The cost of the clearance is being paid by Princesol on the orders of the Costas directorate.

Elche mayor, Carlos Gonzalez, said: “This is historic for the district and for the city of Elche.”

Demolition will continue for an estimated three weeks before regeneration starts on the adjoining beach.

“Everybody will be able to enjoy the beach without the ugly sight that mars the area’s beauty,” added Carlos Gonzalez.