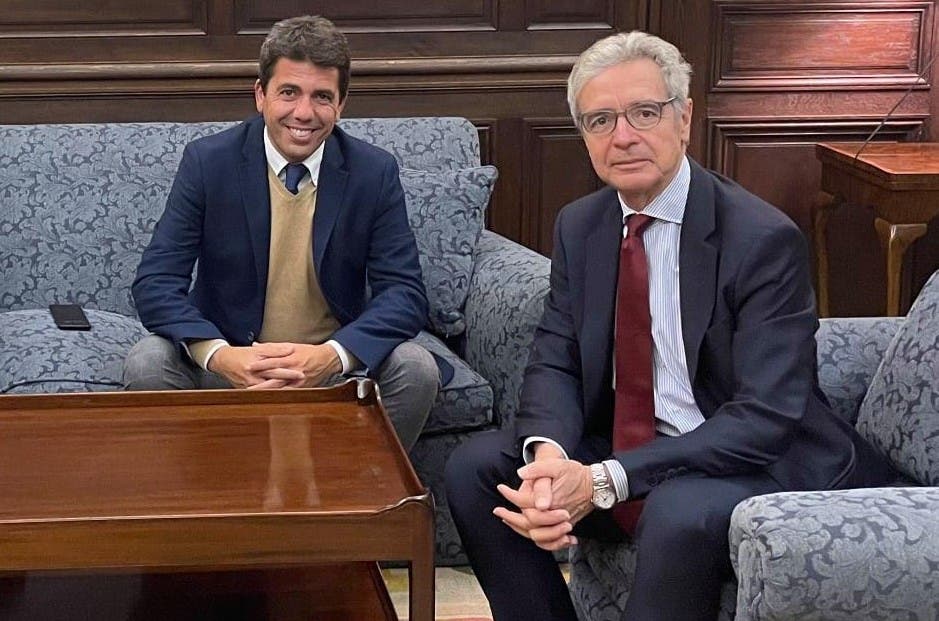 SPAIN’S ambassador to the UK has met with Alicante Provincial Council president, Carlos Mazon, about changing the new 90-day stay rule that affects British people coming to the Costa Blanca and Spain.

Mazon was in London for the World Travel Market expo and is also president of the Costa Blanca Tourist Board.

In a half-hour meeting on Tuesday night at the Spanish embassy with Jose Pascual Marco, Mazon focused on the issue of new post-Brexit travel rules which have impacted on UK nationals who are not registered as Spanish residents.

Carlos Mazon said: “British residents in Alicante Province are a source of wealth for us and one of our best ambassadors for increasing British tourism on the Costa Blanca.”

“They are fundamental and we are working on reciprocity so that they can stay for six months when they come to visit us, because they are the same circumstances in which Spaniards can come to the United Kingdom, ” he added.

“The meeting was very satisfactory and the ambassador was made clear of the priorities of Alicante Province, which with its 70,000 British residents, is the most British province in Spain,” Mazon concluded.

Despite the talks, the ball on extending the 90-day rule is very much in the court of the national Spanish government.

Valencian president, Ximo Puig, who also in the UK for the World Travel Market, called on Madrid to loosen restrictions.

He said the rules are having a negative impact on British homebuyers and are inconveniencing people wanting to have extended breaks with relatives in Spain.

Alex Trelinski - 7 Feb, 2023 @ 11:51
THE Guardia Civil have arrested a 46-year-old man who attacked two women walking down a Crevillente road in broad daylight. The victims- both aged 64-...