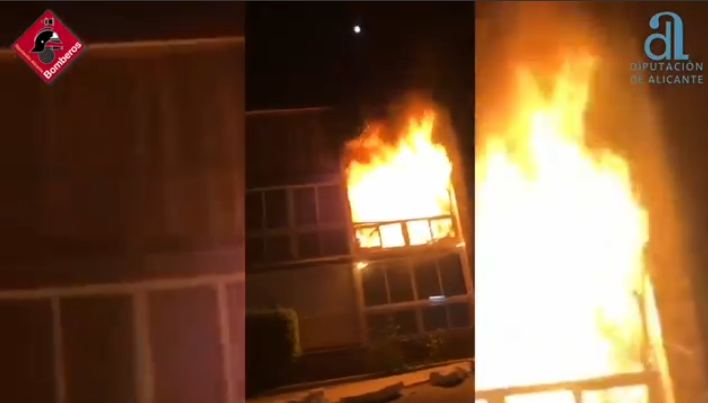 TWO women were rescued after a fire trapped them inside their Benidorm area beachside apartment.

The blaze started at 12.40 this Tuesday morning at a property on Calle Joaquin Rodrigo in l’Alfas del Pi.

Three Benidorm fire crews arrived to discover one of the occupants shouting for help from a balcony of the three-storey building.

The women, aged 55 and 81, were brought to safety and treated for smoke inhalation and hypertension.

They were taken to the Marina Baixa Hospital in Villajoyosa.

The flames were visible over a large area and the blaze destroyed the apartment and caused severe damage to an adjoining property.

It took firefighters almost six hours to bring the fire under control.

It’s not known at this stage what caused the blaze.