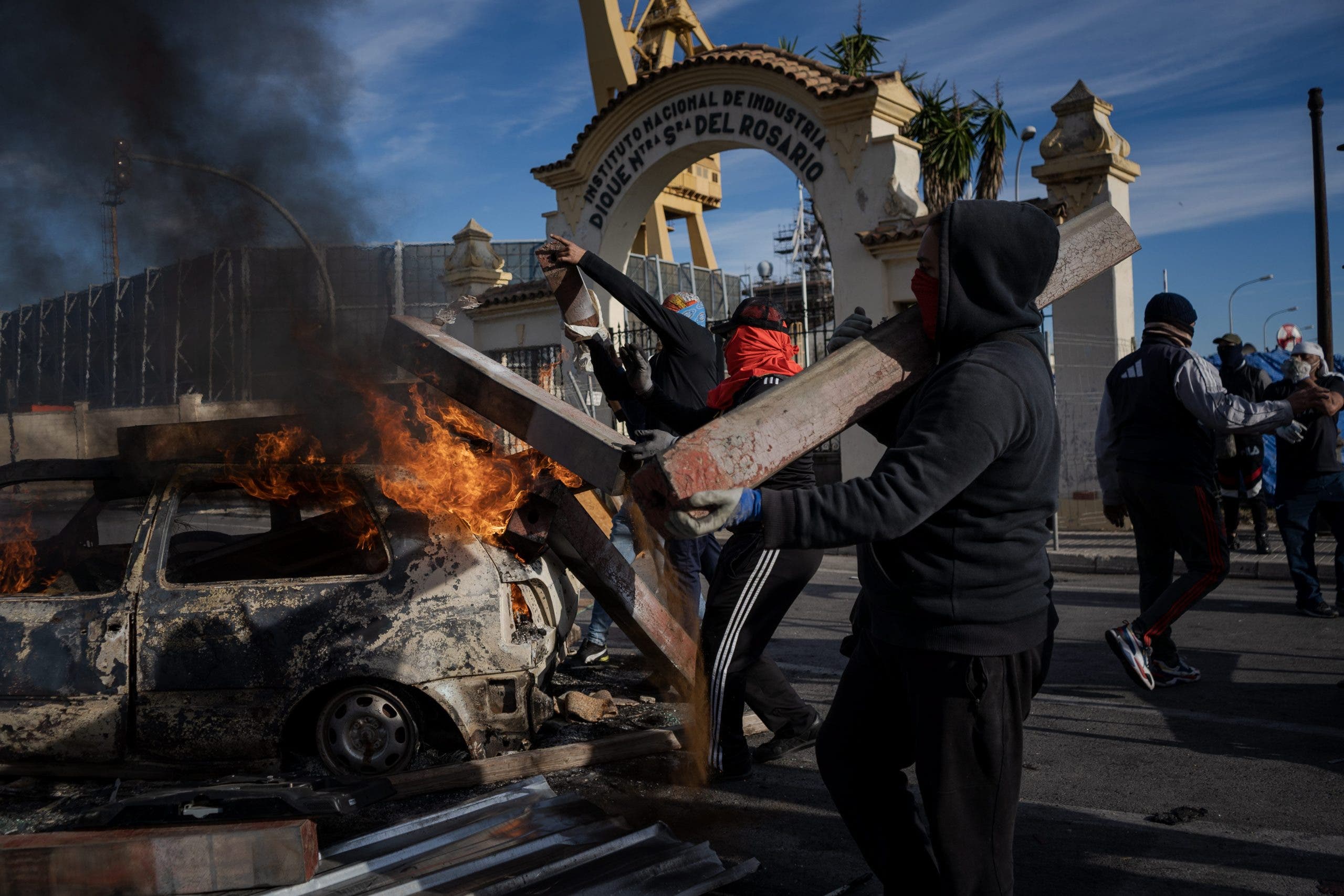 CADIZ metalworkers have to taken to city streets for a third day in their wages strike.

On Wednesday they cut roads leading into the Andalucian city and clashed with police who repelled them with rubber bullets.

Two officers were injured and several cars were set alight.

Rail tracks were also blocked for a time and a booth close to a petrol station was torched.

An all-night meeting between employers and unions failed to reach agreement over the workers’ wage claim.

They want a salary rise linked to the annual rise in inflation, which reached 5.5% in October- the biggest figure since 1992.

Pickets this Thursday morning tried to cut access to the Carranza bridge, a major route into Cadiz.

Police intervened to disperse the strikers and to restore traffic flows.

Barricades have been erected once again in two industrial zones of the city.

Spain’s Economy Minister, Nadia Calviño, said: “We have total respect for the demands of the workers and the freedom of demonstration and expression, but it is not to possible to behave violently while trying to negotiate an agreement.”

READ MORE: SPAIN’S INFLATION RATE IS THE HIGHEST IN 29 YEARS DUE TO FUEL PRICE RISES