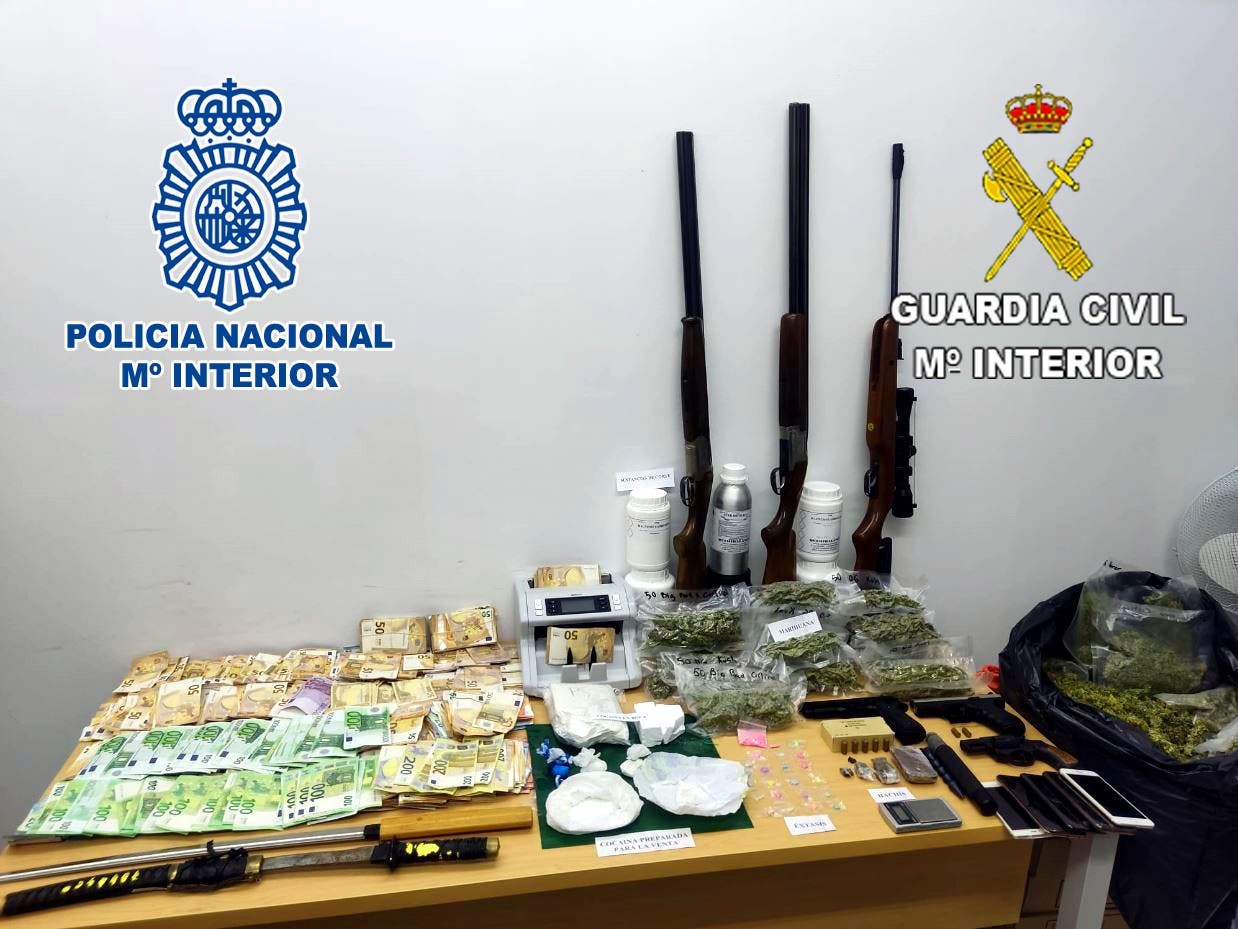 TWO drug and money-laundering gangs that did business with each other have been brought down in the Valencian Community.

A seven month joint-probe between the Guardia Civil and Policia Nacional has resulted in 32 arrests in the Alicante and Valencia areas.

Investigations started in May after suspicions that several people in Alcoi, Cocentaina, and Muro de Alcoy were members of a drug trafficking and money laundering gang.

Police discovered that the Alicante Province group did regular business with crooks based in the Valencia area town of Atzaneta de Albaida.

The Alicante operation made weekly cocaine shipments to the Atzaneta gang, with both operations supplying narcotics to customers across their regions.

A large number of Guardia Civil and Policia Nacional officers were deployed to carry out 19 simultaneous home raids which yielded a big quantity of drugs as well as stashes of erectile dysfunction pills.

All 32 arrested Spaniards have appeared in court with the three ring-leaders remanded into custody.