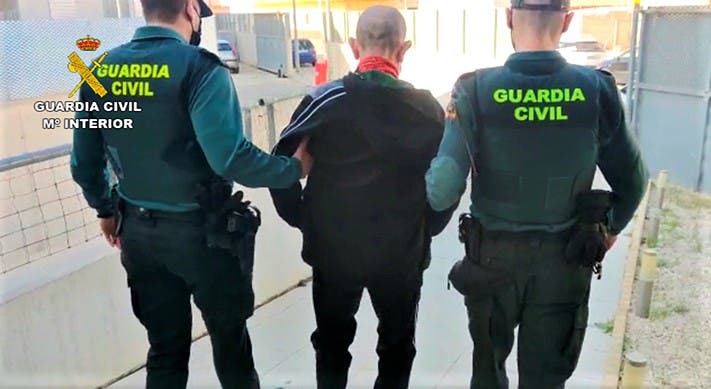 An armed bank robber got a return of just €50 after two stick-ups within 20 minutes of each other in Albatera, Alicante Province.

The Guardia Civil arrested the Spaniard, 59, less than two hours after his bungled crimes.

The hapless thief brandished a weapon and ordered staff at his first targeted bank to hand over all the money they had the safe.

Security protocols had already been enacted which meant the safe could not be opened.

A cashier handed over €50 to the armed man who took it and ran off.

As police were called, he struck at a second Albatera bank and quickly left empty-handed.

Staff at both banks had plenty of descriptions to give of the man and he was found outside Albatera within two hours of the incidents.

He has been charged on two counts of violent robbery and jailed by an Orihuela court.

A home search uncovered the air rifle used in the unsuccessful robberies.