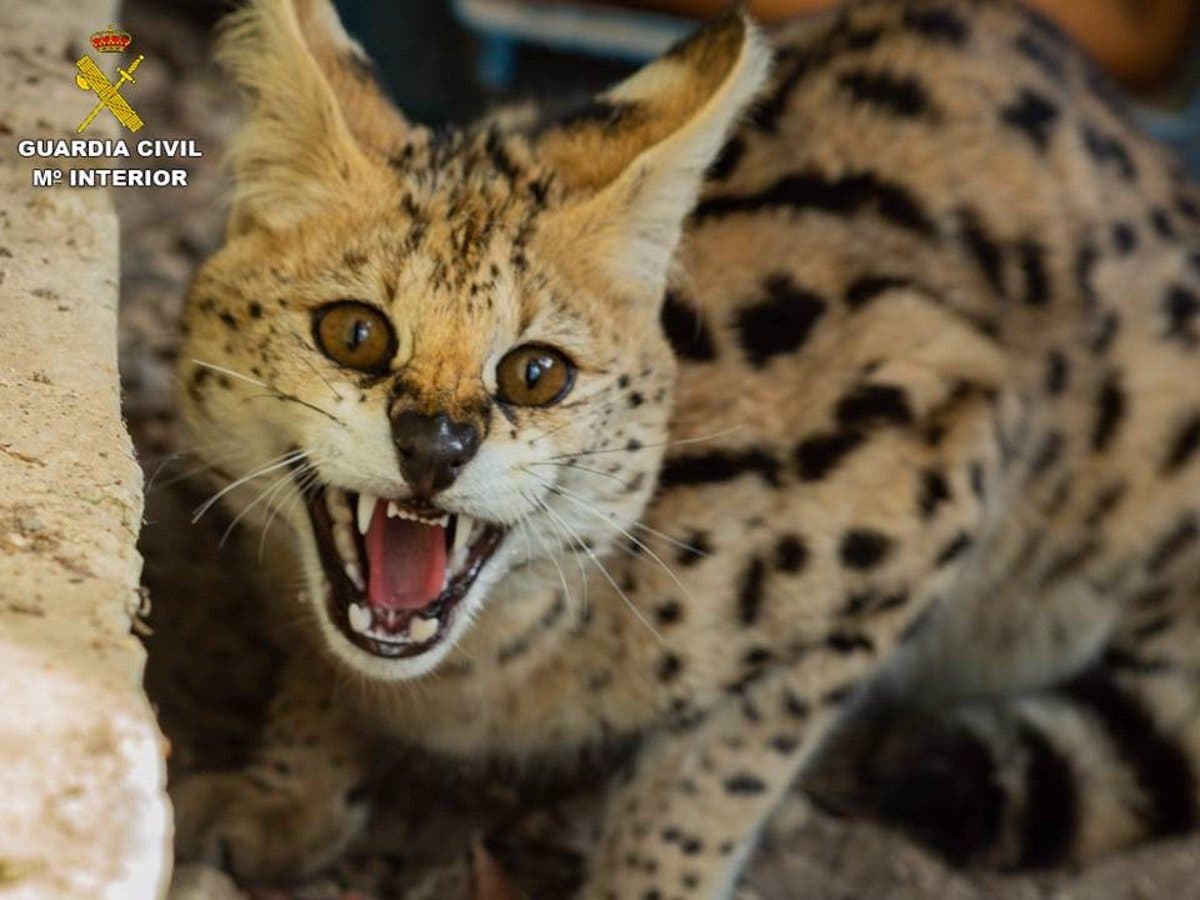 A wild cat native to Africa was spotted on a Costa Blanca farm and safely captured and taken to a wildlife foundation.

The farmer from Polop called the Guardia Civil as he was concerned about the welfare of his animals.

The African serval is mainly found in the sub-Saharan part of the continent and how it got to Spain, let alone Polop, is a mystery.

The medium-sized serval is not dissimilar in appearance to a cat with a life expectancy of up to 20 years.

The serval is classified as an exotic species in Spain and owning one is illegal, unless a special licence is granted.

The Guardia Civil is investigating where it came from.

Officers from the Guardia’s nature service, Seprona, arrived at the Polop farm and saw the anxious serval towards the top of a pine tree.

An animal specialist from La Nucia joined them at the scene and they were able to catch it and take it to safety.

The serval’s new home is AAP Primadomus in Villena who will rehabilitate it and get it to mix with fellow species members.