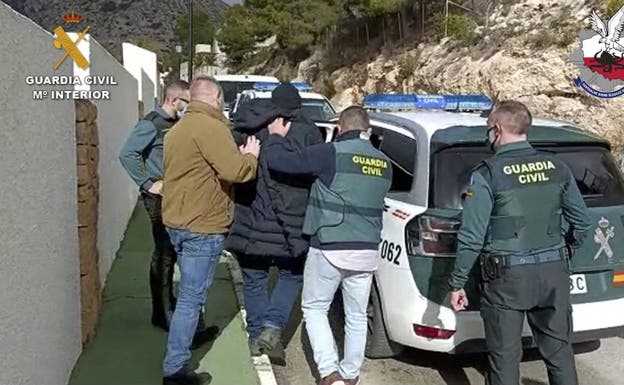 A Polish drugs lord who used lorries from Spain to transport drugs to Scandinavia and Eastern Europe has been arrested by the Guardia Civil.

Officers swooped on his home in Altea on the northern Costa Blanca.

The detained gang leader faces 31 charges for similar crimes in Poland and is regarded as one of Europe’s major narcotics distributors.

13 Polish nationals have been arrested in Operation Bratva, with seven detentions in Poland, including the gang’s treasurer.

Since late 2020, the Guardia Civil worked in collaboration with their Polish counterparts as well as with Europol and Eurojust to bring down the criminal group.

They commandeered a warehouse on a Coin industrial estate in Malaga Province as a base.

The gang even had a supply of police uniforms and Guardia identification badges to pretend they were officers to steal drugs from other criminal groups.

Surveillance by the Guardia Civil centred on the Coin warehouse and on one occasion officers followed a departing lorry onto the A-7 and stopped it.

A search led by a sniffer dog uncovered over 180 kilos of drugs hidden within ceramic and marble cargoes that were being exported.

The truck’s Serbian driver was arrested and told officers that the cargo was destined for Sweden.

Another lorry was intercepted with a Polish driver and a drugs stash hidden in a secret compartment.

House searches and arrests were conducted by the Guardia in the Coin, Estepona, and Marbella areas.