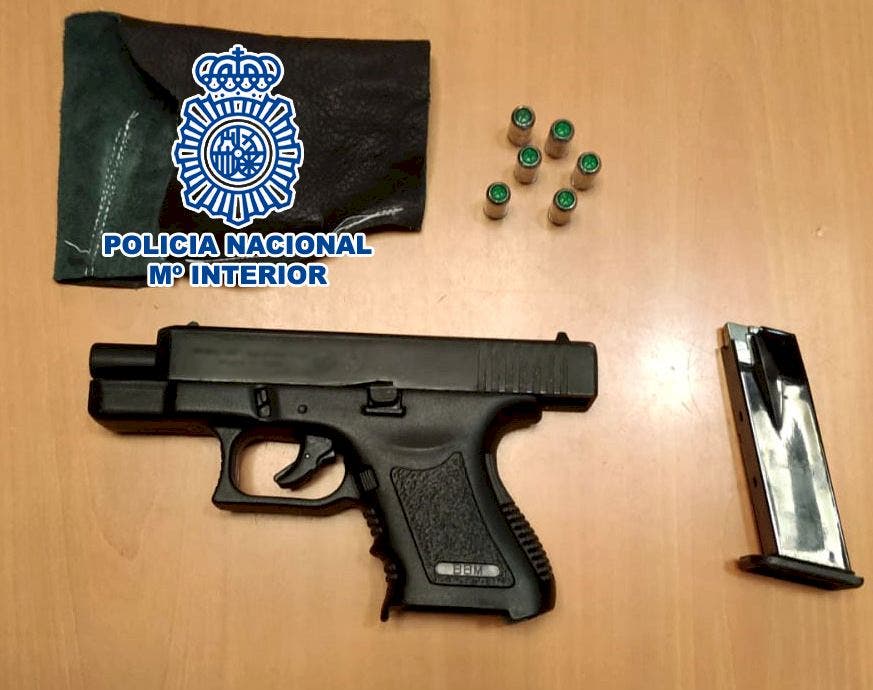 A 65-year-old man created a commotion in an Alicante bar after waving a fake gun around in the air.

The Policia Nacional were called to the premises after getting reports of a row between two men, one of whom had a firearm.

A waitress intervened to try and calm down the argument.

She escorted one of the men to the outdoor terrace of the bar.

He then took out a gun and a bullet fell to the ground, as he shouted loudly to the other man to come outside

The inside and outside of the bar was full, including families with children, as the man caused panic by waving the gun around.

As police arrived, the armed man ran off.

Several officers pursued him and he tried to barricade himself in the bathroom of a nearby bar.

He was dragged out of the premises and his gun was seized, which turned out to be a fake.

The man has been charged with making serious threats and creating public disorder.

The Policia Nacional said he had an extensive criminal record.