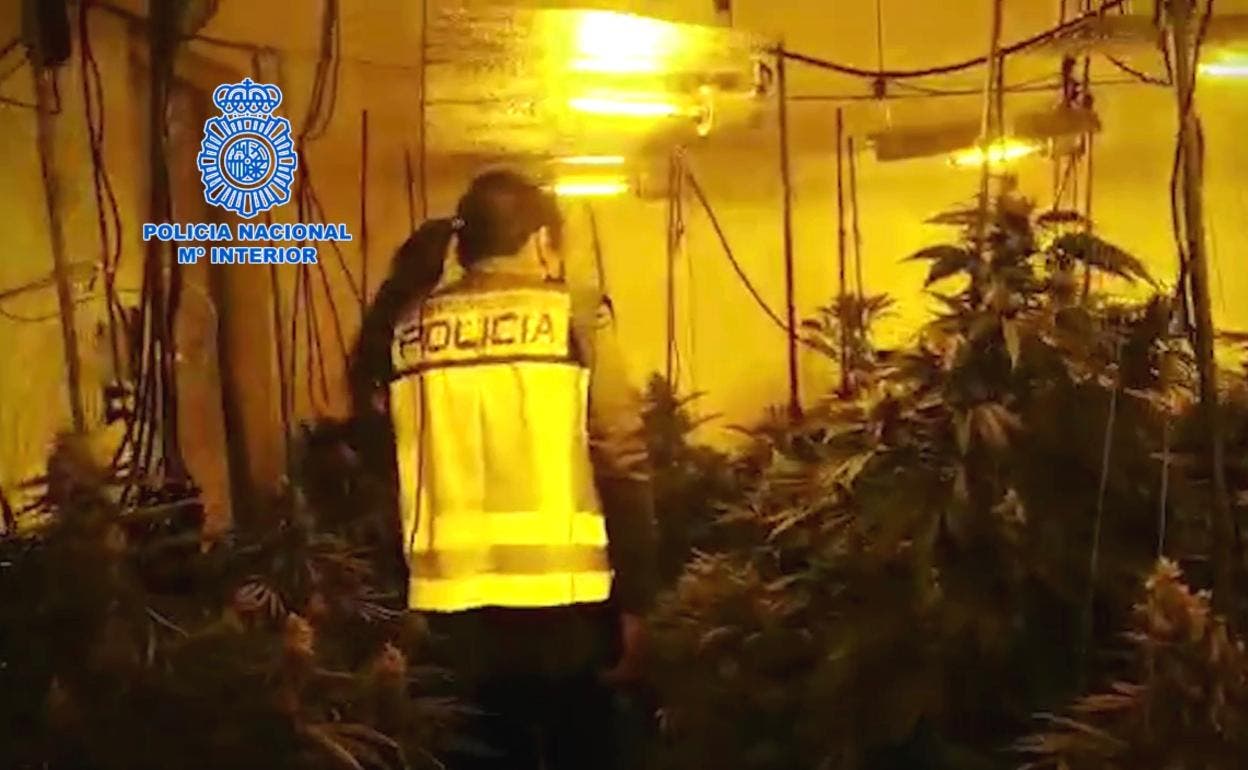 THE Policia Nacional in Benidorm have brought down a major marijuana growing and distribution criminal gang operating on the northern Costa Blanca.

4,200 marijuana plants were seized which could have netted the criminals over €1.2 million in sales.

The plants were grown at industrial warehouses in Altea, Gata de Gorgos, La Nucia and Teulada.

14 people have been arrested and jailed by a Benidorm court after what the Policia Nacional described as an ‘arduous months-long investigation’.

They have been charged with drug trafficking, electricity fraud, identity theft, forging documents as well as belonging to a criminal group.

The men were branded as ‘dangerous’ with nine Albanians, two Russians, plus Moldovan, Italian, and Spanish nationals involved.

Over 60 police officers took part in co-ordinated arrests and searches.

The criminal organisation was well structured with each gang member having specific duties whilst trying to avoid arousing the suspicions of the police.