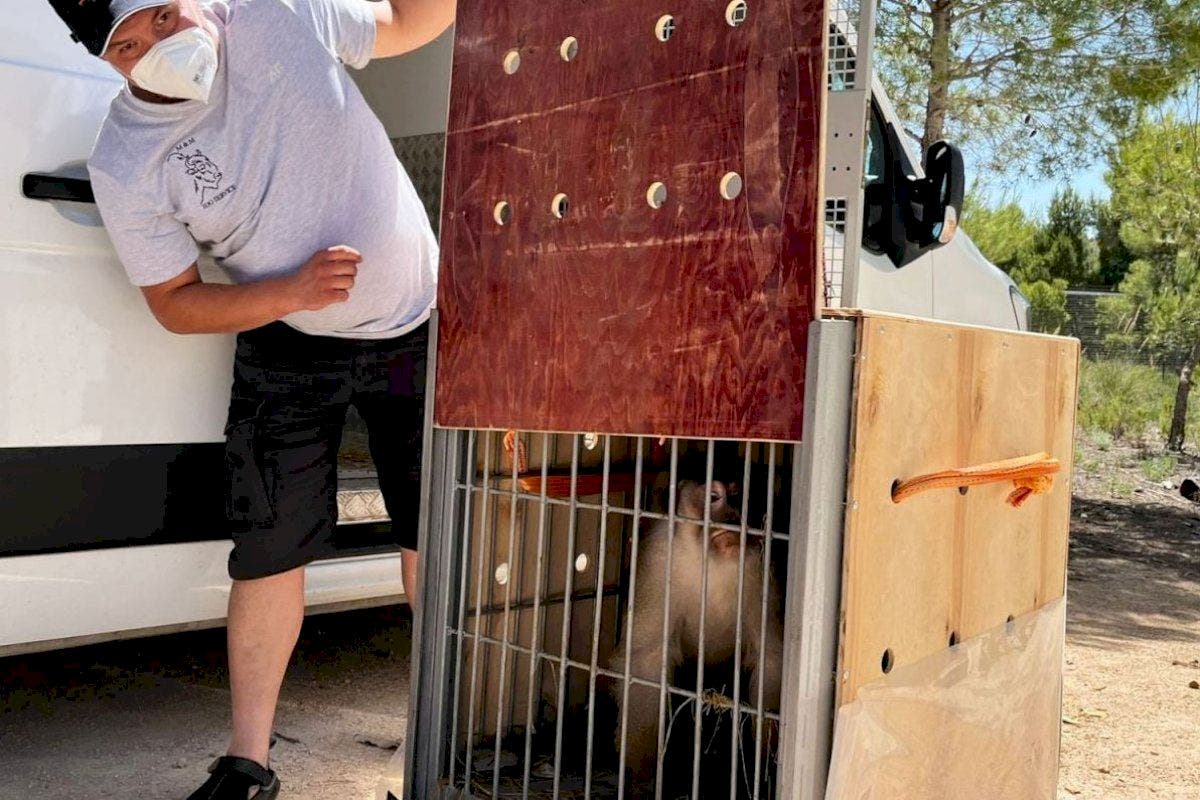 A monkey forced to perform in Ukraine circuses and dumped in a dog shelter after his owner died in the war, has started a new life in Spain.

Tomac, a pig-tailed macaque, had a long journey to make over to the AAP rescue centre in Villena.

AAP Primadomus said Tomac performed in circus shows for years and the dog shelter volunteers in Sumy in north-east Ukraine travelled 1,000 kilometres to get him to the Polish border.

He was then picked up and driven to Spain, arriving in Villena on Friday.

Tomac will spend up 12 weeks in quarantine, giving him plenty of time to adjust to his new environment and caregivers.

The good news is that the AAP centre already has some pig-tailed macaques for him to get to know.

Six animals have so far been rescued from Ukraine by the AAP group.

In March, they received four lions and a wild dog from a sanctuary near Kyiv which was closed to bombed areas.

They are also working on the rescue of a lion that was abandoned when the war began in February.

Exotic animal rescue requests in Ukraine are coordinated by the European Alliance of Rescue Centres and Sanctuaries (EARS), of which the AAP is a founder-member.

For each request, the EARS network searches for the appropriate rescue centre in Europe that suits the needs of the animals.